Lord Louis Mountbatten was a member of the British royal family. This “royal” family were formerly called the Battenberg’s of Germany, but during the First World War they were forced to anglicize their name to Windsor. Why? Because the Tommie’s in the trenches did not relate to fighting for a royal family that was German, just like his enemy in a trench not fifty feet away. So changing it to Windsor, named after the most famous of the Royal Family’s ancient palaces, just seemed right.


During the Second World War, Mountbatten was Admiral of the Fleet under Churchill, neither of them supporters of the Irish cause. Mountbatten was also the last Viceroy of India, the man who turned over the “jewel of the empire” to its own people, in short, a vestige of the colonial era and a walking symbol of imperialism at its height.


In1979, as he motored his yacht out of Mullaghmore harbor in the Irish Republic,the craft was shattered to splinters by a bomb. No one in any counter terrorism organization in the world could explain why Mountbatten had been targeted, either then or now. There seemed to be no tactical advantage to this assassination.


n fact, that very same day, the IRA had taken on the crème of the British Forces in Ireland near Warrenpoint along the border between the Irish Republic and the territory still controlled by the crown in the north of Ireland. There they cleverly lured in the British 1st Battalion, Parachute Regiment, (the same soldiers who shot unarmed teens on Bloody Sunday) first into a convoy ambush, and then to land their rescuing helicopter directly on top of explosive caches.  Eighteen 1PARA British soldiers were killed. Two innocent British tourists, who were taken for IRS detonating operatives, were shot by the 1PARA as well. There were no Irish injuries.


So, you have two military operations at work on the same day. One that appears to be a grim terrorist attack on the Royal Family itself, and the other a tactical, stealth-based, “lure” attack on the most hated, but best trained forces of your enemy. One attack asymmetric and small, one military based, large and direct: But both attacks were on the the same enemy on the same day. Both were successful with no loss of life (2 IRA Active Duty officers were arrested near Warrenpoint, but released for lack of evidence, and one man was eventually imprisoned after being caught driving away from Mullaghmore. He was eventually freed by the Good Friday agreement.) Both events would definitely seemed to be tied together, but in some cases of history the obvious is not the truth.


Suppose the military attack, which was so large that it definitely had to involve complete IRA participation on a previously unprecedented scale, were the only IRA operation that day?


Suppose some other IRA personal, on their own time and for their own reasons, assisted an ancient and great old Irish Family when the moment finally came for them to go after Mountbatten. Suppose it was not because of who he was or what he represented. Suppose it was because of something that he, personally had done when he was a midshipman, visiting Belfast and being shown around the Irish countryside by local officials who wanted to show him how they dealt there with “Irish upstart Rack-renters”:


What they would do would be they would bring a battering ram and a triangle of logs to rig it and then they would batter the hand wrought stone home with the Irish people still inside it. That is the truth. That is what they did.


Now just suppose for a moment that that was the scene that you, some how turned into an Irish lad or lass, came home to one day after a being afoot in the fields or away selling eggs at the market. The stone home your Father built now a heap. A pile, a wreak, and there beneath it your Father’s body, still breathing, but dying beneath the weight of what he had so carefully constructed.


And there, at the edge of this smoking sadness was little Mountbatten, somehow still all spiffy and white  in his navel ducks. Laughing at this destruction created for his amusement. Don’t you think that laughter would ring in your ears forever?


And so you knelt beside your mother at your dying father’s arm and he pulled you down and told you in a whisper: “Take no revenge until you Mother is in her grave.”
And suppose that woman was of healthy Irish stock: Ancient Celtic Stock. And that she lived to be 106 years old. And so a family waited, and while they waited some of them immigrated to America. But they probably stayed in the fight. Supplying money and arms and support from Chicago, their new home in the breast of America.


So my question to you is: which was more moral? Was there any moral choice? Do we have any responsibility to our dead ancestors? Which was morally worse?


A carefully planned military to military strike at Warrenpoint, or the murder of a callow youth, who had grown royally old, but who had once laughed mercilessly at a dying Irish Patriarch?


I’m just a writer so I sure don’t know.


P.S: Immediately after the Mountbatten and Warrenpoint attacks, the British supported terrorist group the Ulster Volunteer Force (UVF) retaliated by shooting dead a Catholic man, John Patrick Hardy (43), at his home in Belfast's New Lodge estate. Hardy was targeted by the UVF Belfast Brigade in the mistaken belief that he was a member of the Provisional IRA. He was not. 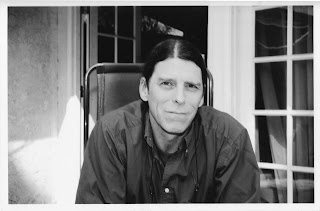