So many voices....So many possibilities

Obama: Russia proposal for Syria 'positive development' -- if it's real 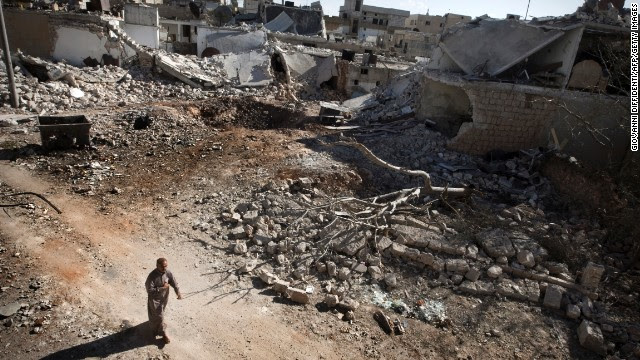 By Catherine E. Shoichet and Jamie Crawford, CNN
updated 7:03 PM EDT, Mon September 9, 2013
(CNN) -- A new possibility for a diplomatic solution in the standoff between Syria and the United States surfaced unexpectedly Monday as the war-torn country said it supported a proposal to hand over control of its chemical weapons.

But a key question loomed: Is that a viable option or simply a stall tactic as President Bashar al-Assad's government tries to stave off U.S. military action?
"It's certainly a positive development when the Russians and Syrians both make gestures towards dealing with these chemical weapons," President Barack Obama told CNN's Wolf Blitzer Monday.
READ MORE ....
Posted by M.C.V. EGAN at 11:01 AM