International Day of Peace the History of this UN Celebration


In its 36th session, in 1981, the United Nations General Assembly decided "to devote a specific time to concentrate the efforts of the United Nations and its Member States, as well as of the whole of mankind, to promoting the ideals of Peace and to giving positive evidence of their commitment to peace in all viable ways." By unanimous vote, Resolution 36/67 was adopted establishing the International Day of Peace (IDP). The Assembly’s resolution was initiated by then Ambassador Emilia Castro de Barish from Costa Rica. Avon Mattison of Pathways To Peace worked behind the scenes with Assistant Secretary-General Robert Mueller, Ambassador John Donald, and others to obtain this historic level of support. The IDP was to be celebrated on the third Tuesday of September of each year, the first day of business of the General Assembly.

The first International Day of Peace was observed at the United Nations Headquarters on September 21 1982 the opening day of the 37th session of the General Assembly. At the start of the session delegates stood for the traditional minute of silence in observance of the Day.

At that time, Pathways To Peace saw that member states were not involving civil society as hoped, and therefore initiated action. In 1983 with the Minute of Silence of the UN, the idea of the Peace Day was developed so civil society was inspired to get involved and humanity had ways to engage in activity that benefits the larger community. This was structured to be intergenerational and intercultural. We wanted to make it more accessible.

By 1984, the September 18th International Day of Peace saw people involved from over 52 countries and Pathways to Peace organized the first major IDP celebration in San Francisco when department stores stopped their cash registers at noon; a major television network stopped its programming at noon and scrolled a message in silence with a minute of peace. In front of the San Francisco City Hall a program of music, speakers and a parade of flags took place inspiring many in the Civic Center Plaza. The Minute of Silence and Moment of Peace (Sound) and the global Peace Wave were also initiated around the world at this time. This celebration moved the activity outside of the headquarters of the United Nations for the International Day of Peace and into the hands of NGOs and Civil Society.

In 2001 the opening day of the General Assembly was scheduled for 11 September, and Secretary General Kofi Annan drafted a message recognizing that observance of International Peace Day on 11 September. That year the day was changed from the third Tuesday to specifically the twenty-first day of September, to take effect in 2002. A new resolution (A-Res-55-282) was passed by the General Assembly, sponsored by the United Kingdom (giving credit to Peace One Day) and Costa Rica (the sponsors of the original day) to give Peace Day a fixed calendar date of the 21st September. The resolution also declared it as a day of global ceasefire and non-violence.

This annual Peace Day marks our personal and planetary progress toward Peace, and also serves to remind us that our commitment, above all interests or differences of any kind, is to Peace.

International Day of Peace (Peace Day), September 21, provides an opportunity for individuals, organizations and nations to create practical acts of Peace on a shared date. All over the world, events are being organized to celebrate this landmark day. 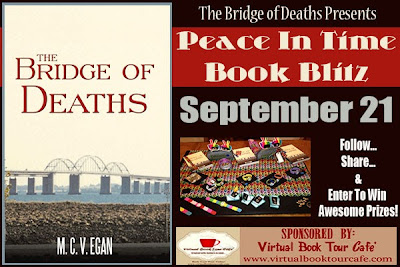 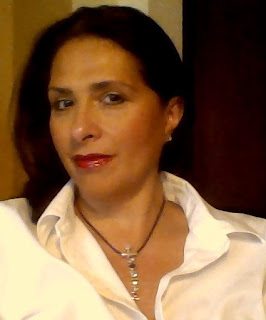 M.C.V. Egan lives in South Florida. she is fluent in four languages; English, Spanish, French and Swedish. From a young age became determined to solve the 'mystery' of her grandfather's death, she has researched this story for almost two decades. the story has taken her to Denmark, England and unconventional world of psychics.Website | Blog | Facebook | Twitter | Goodreads