For the final on Syria this week, DIPLOMACY IN THE ERA OFMASS MEDIA ~New York Times THE OPINION PAGES

I doubt anyone missed this, but the week about SYRIA could hardly be complete without a link to Putin's Op Ed as an American I frankly do not think this was a wise choice, but at least the channels of communication are open.

A Plea for Caution From Russia

What Putin Has to Say to Americans About Syria

MOSCOW — RECENT events surrounding Syria have prompted me to speak directly to the American people and their political leaders. It is important to do so at a time of insufficient communication between our societies. 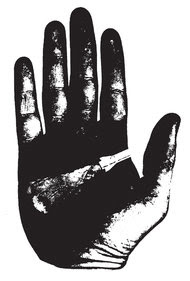 Relations between us have passed through different stages. We stood against each other during the cold war. But we were also allies once, and defeated the Nazis together. The universal international organization — the United Nations — was then established to prevent such devastation from ever happening again.

The United Nations’ founders understood that decisions affecting war and peace should happen only by consensus, and with America’s consent the veto by Security Council permanent members was enshrined in the United Nations Charter. The profound wisdom of this has underpinned the stability of international relations for decades
READ MORE AT ....
Posted by M.C.V. EGAN at 9:49 PM