WW II an era rife with hatred, bigotry, and war crimes it
is easy for heroes to fall through the cracks of history. Thus, THE OLD GILT
CLOCK unveils the heroism of Willem Arondeus; a Dutch artist and author. Member
of the Dutch resistance movement during said War.
From his painful birth on 22 August 1894; causing
detachment and rejection from his mother, His self-discovery as a homosexual,
completely incompatible with the views of his abusive drunken father.
Culminating with his execution by the German Nazi Regime on 1 July 1943. We
feel Willem’s pain, confusion, and growth. The prose in this book is powerful
and beautifully crafted. As a result, while reading I felt very connected to
the character. The book brilliantly parallels Hitler’s life as well as well-known
and lesser known historical events.
This gave me as a reader a clear sense of the historical
timeline and an awareness of some historical data I did not know. By following
his life, we see the buildup and growth of prejudice and bigotry, that affected
the world in both world wars.
Willem Arondeus was a homosexual man, in an era that placed
him as unacceptable in a society that murdered so many. His understanding of
suffering is key to propel the need to protect the Jewish people of Holland,
risking and eventually losing his life.
The way words are woven so beautifully, had me re-reading
here and there, as some of the lines were poetic. Inasmuch as knowingly reading
a book with a guaranteed sad ending, the author manages to shed power of love
and light in Willem’s journey through self-love, self-acceptance and the
friendships he forges.
As WWII celebrated 75 years of ending in Europe sealed
archives and information is revealed, I hope Paulette Mahurin and other
Historical Authors will continue to unveil forgotten heroes and moments.

FROM WAR HISTORY ONLINE ~ The Liberation of Belgium

September 2019, people all over Belgium are celebrating the 75th anniversary of its liberation from Nazi Germany during the Second World War.
75 years ago, Belgian citizens first welcomed their Allied liberators after living under a repressive, dictatorial regime for four years.
Due to the disarrayed German retreat after their defeat at Falaise and the aid of the Belgian resistance, the Allied forces spread through the country like wildfire. However, many incidents and fierce battles occurred which tend to be lost in the bigger stories of history.
Posted by M.C.V. EGAN at 11:20 AM No comments:

1946: The guns have fallen silent over Europe.
For now.

Searching for her lover Nicklaus Brandt after a mission three years earlier with the French Resistance in Lyon, Eva finds herself in lawless war-torn Berlin.

Reunited with her old MI6 handler, Henry Chainbridge, she finds Brandt in a secret holding cell for Allied Intelligence in the British Sector of Berlin.

He has information vital to the Allies.

Hitler’s last offering; a vengeance weapon of frightening capabilities is now in the hands of the reclusive American billionaire Edgar Halidane and his cadre of fanatics.

Under the aegis of Allied command, Eva is dispatched to investigate and finds herself battling with old enemies who have taken the embers of Hitler’s vision and plan to re-ignite a divided Europe.

And pays a heavy price on her last mission.

It began with Get Lenin and now ends with Eagles Hunt Wolves.

This is the 5th adventure in the Eva series. It is set a year after WW2 in the ruins of Berlin. It draws on many sources, capturing the spirit of the blockbuster page turner. It has elements of horror, adventure and conspiracy. It is an alternative history; Churchill makes an appearance, he offers his armoured train to assist MI6.


Researching the codes I laised with Dr Yossi Elran at the Weismann Institute to fine-tune codes that the allies have to crack, www.weizmann.ac.il/pages  His help was invaluable.
Eva is a strong female character, not passive to the action but propels the story forward. It is through her eyes that the chaos is revealed. Her journey will appeal to women readers as the action unfolds.


I was inspired by Lionel Davidson, Stephen King, Peter Benchley and Grahame Greene. This is the espionage of dead letter drops, written codes and secret messages. The action swings from the coast of Spain to the far reaches of Russia where an experiment recreated from the bowels of Hitler's bunker causes widespread destruction and a clock is set ticking to stop its devastation at the heart of Europe.


It started with the publication of Get Lenin in 2011 and finishes here in January 2020.
Get Lenin
Zinnman
A Finger of Night
Hollow Point
Eagles Hunt Wolves 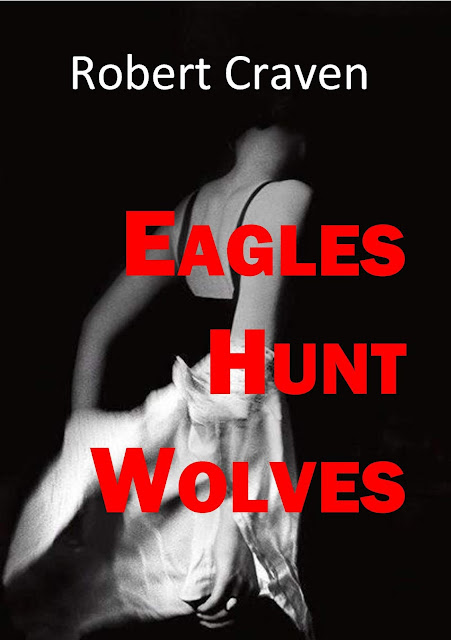