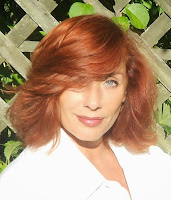 It has always been my belief, that writers of fictional works shouldn’t have an aggrandized agenda behind their writing; it has been my experience that those that did become ‘preachy,’ a place I never wanted to go. And yet I will admit, here and now, that part of my emphasis on Italian historical fiction is not only to throw a light on my own ancestral homeland, but in doing so, also hammer a crack in the perception that all Italians were or are in the Mafia, that if Italians should be noted for anything, it should be for their creative and artistic acumen, their ingenuity, and their passion for life.

The first names to roll off the tongue need little if any explanation…Leonardo da Vinci, Michelangelo, Raphael, Donatello, Dante Alighieri, and Petrarch…all artists whether of the pen, the brush or the chisel, they are considered some of the greatest the world has ever produced…Italians all. There is of course that friend of da Vinci’s, one Galileo Galilei. 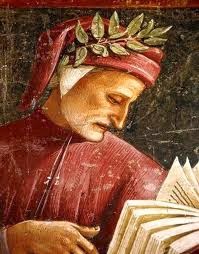 Disregarding the contributions during antiquity and of the early Romans—monumental as those contributions to humanity may be—there have been nineteen Italian Nobel Prize Winners; one in economics, one in chemistry, five in both physics (including Marconi and his development of radio transmission) and physiology/medicine each. Of the six who won a Nobel Prize in Literature, Giosuè Carducci (1835-1907) was a poet, noted historian, and an eminent orator. His work would be the standard for many successive and highly successful Italian poets to follow. Walking in the footsteps of some of the greatest literati of all time, Dante and Petrarch, Carducci’s work was considered cutting edge and, at times, extremist. One Italian, Ernesto Teodoro Moneta (1833-1918), was the recipient of the Nobel Prize in Peace for his commitment and the foundation of the “Lombard Union for peace and arbitration.” 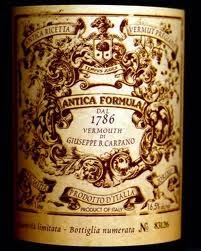 It was Eugenio Barsanti (1821-1864) who invented the first internal combustion engine driven by gas and Tito Livio Burattini (1617-1681) who developed a system of measurement based on time upon which today’s International System of Units is based. A man many may be especially thrilled with is Antonio Benedetto Carpano (1764-1815) a distiller who became famous for inventing Vermouth and consequently the concept of an aperitif. It was an Italian, Giovanni Caselli (1815-1891) who invented the pantelgraph, the precursor to the fax and another, Bartolomeo Cristoforo di Francesco (1655-1731) who invented the piano. And who cannot help but send up a word of gratitude, Italo Marcioni, the Italian American who invented the ice cream cone. Maria Montessori (1870-1952) is forever remembered for her philosophies and teaching methods that are more utilized now than during her own era, and grow more and more popular every day.


There are currently more Italian opera singers than of any other nationality, except American, and a majority of those are of Italian heritage.

Italian violins are considered the archetype of the instrument; the oldest violin, the greatest violin of all times, and the most famous violin were all made by Italian hands. My own grandfather, Michele Galiano Russo (born 1896 in Foggia, Italy, d 1966 Providence, RI) was a violin player and maker, one of which rests in the Smithsonian Institute. His father was a religious sculptor whose works still stand in the churches in and around Foggia.


And where would any of us be without Marco Polo, Christopher Columbus, Amerigo Vespucci, and Giovanni  da Verrazzano, to name but a few of the astounding Italian explorers.


It is estimated that since the beginning of the Mafia, its roots in the tenth or eleventh century Sicily, perhaps thirty to forty thousand Italians and Italian Americans have been involved in the crime organization that began as a form of family protection against the feudal lords and barons. Today, Italy’s population is cited at 60,483,521 making the percentage of those involved in the organization less than .05%, and that does not include the millions of Italian Americans equally unsullied by the most despicable of minorities.


Few movies or television shows have ‘glorified’ any of the great Italians mentioned above as they have the Mafia and, unfortunately, far too many opinions are cemented in these odious portrayals. I ask two things: read and learn about these extraordinary individuals (and the hundreds of others not mentioned) and speak of Italians if you will, if you must as this blog has proved, but speak of us con rispetto…with respect. 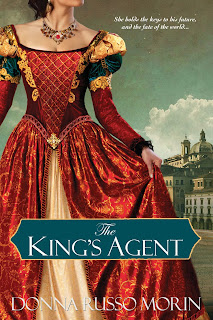 If we want to hold the titles until next week, it can read: With two degrees from the University of Rhode Island, the state in which she was born and raised, Donna has written four award-winning, critically acclaimed historical novels specializing in the Italian and French Renaissance periods.
Donna Russo Morin
donnarussomorin.com
donnarussomorin.blogspot.com
Follow me on Twitter @DonnaRussoMorin
Friend me on Facebook