The sin that dare not speak its name by David Lawlor

'The sin that dare not speak its name’… that’s how homosexuality was once famously described. It’s a phrase that could just as easily lend itself to a dark secret held by many Irish families today - that of having a relative who served in the Black and Tans. 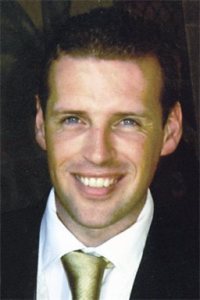 It may be over 90 years since the Irish War of Independence but the potency of those three words ‘Black and Tan’ was brought home only last year when trainer manufacturer Nike had the temerity to issue some new stock under that very name. The outcry was swift and vocal. ‘An outrage’, trumpeted some quarters. ‘How could the company dare to sully the memory of the victims by being so crass as to name a sneaker after such brutal thugs?’ asked others. The offending sneakers were quickly withdrawn and an apology issued.


It is a strange quirk of Irish history that after so much has changed in this country that we still feel a frisson of disgust at the mere mention of those three words. The Tans were sent to Ireland as Temporary Constables to crush burgeoning revolution and when they couldn’t do that the Auxiliaries (former officers and far worse by most accounts) were brought in to finish the job.


But it is the Tans whose name resonates; they are still reviled for their brutish behaviour, from rampaging drunkenness to cold-blooded murder, their name is infamous. And yet a sizeable portion of them were of our own…Irishmen, who for economic reasons or otherwise, chose to don the mangled uniform of army khaki and RIC blue in order to terrorise their fellow citizens.


Save for the highly informative work by DS Clarke, Running With Crows: The Life and Death of A Black and Tan, those Irish Tans have been largely ignored, yet their presence still resonates. I have two colleagues whose grandfathers served as Black and Tans, though they were a little sheepish when they told me so; another colleague’s granddad actually shot a Tan in the head. My own grandfather was tortured by them when they used a pliers on his finger nails. Four colleagues touched by the same ghostly historic hangover – and that’s just in one newsroom. How many more families have Tan stories to relate?


I have a keen interest in history and the Tans struck a chord with me. I wondered who they really were, and wanted to write about them. However, to go down that road is, even now, a difficult path to take for their relatives. So, I wrote a novel instead, where the central character is a Black and Tan serving in his old home town of Balbriggan.


Why Balbriggan? Because it was put to the torch by them in 1920, as was Tuam. These outrages are largely lost to history, the one many Irish people have a vague recollection of is Cork, which was also set ablaze by their drunken horde.


My novel, Tan, deals with a young man falsely accused of a crime and who forced to flee his home town and enlist in the British Army just in time for the Great War. Five years later he’s demobbed and soon destitute. Desperate for money he joins up in the new force of Temporary Constables being set up for a quick tour of duty across the sea.


The money is good, it will put him back on his feet and he can start afresh once he is again released from the Army’s clutches. It was a choice offered to all those who signed up and many of them had weighed the same financial dilemma as my character, Liam. It might explain why many put pen to paper but it doesn’t answer the reason for their brutality.


Five years in trenches might, though, suffering daily bombardment in appalling conditions as their friends died all around them on futile assaults, being slaughtered in their thousands for the same piece of shell-torn earth their comrades had already given their lives for. That kind of thing must do something to the soul…call it shell shock or post-traumatic stress; it must manifest itself somehow – in battle it might be called uncommon valour, in the streets of Dublin or Balbriggan or Cork it might be called something else.


I’m no historian, but I do like a good story, and whether you like it or not the Tans give one. Booker winner Sebastian Barry recognised that and wrote On Canaan’s Side to explore the same issue. My own efforts may not reach the lofty heights of Mr Barry, but in my own way I’m trying to answer that question – the one brushed beneath the carpet by many of our families….why did they do it and why must their ancestors still bear the shame?


We write our own histories mostly, but sometimes events are left to moulder in the dark and dank corners of our hidden past…a past too painful to explore. It’s time we shone a light on those corners and discovered what lies festering there.


ABOUT THE AUTHOR
David Lawlor is Associate Editor with the Evening Herald newspaper in Ireland and has been writing features, reviews and working as a production journalist in national newspapers for 22 years.