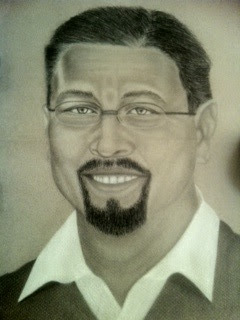 In November of 1993, the Clinton administration promoted a media Blitz on a two-thousand page bill set to impose momentous and unorthodox changes to the relationship between popular sovereignty and capitalism, with deferment going to the latter. The legislation was clandestinely drafted, without the benefit of public hearings or Democratic debate, then presented to the House of Representatives with a “fast-track” proviso that it be voted on without amendment and with only two days set aside for debate. The result was the enactment of the North American Free Trade Agreement.

At the time of this legislation I had just arrived at NYU from Mexico City to study finance and economics at Leonard N. Stern School of Business. NAFTA was a major topic of discussion in and out of classroom. Professors spoke of NAFTA as a breakthrough for economic progress bent towards the social political stability of the region; touted as a cure for “Mexico’s economic backwardness,” that would offer the chance for a more benign relationship between Mexico and its stronger northern neighbors. The agreement would help to offset Mexico’s problems of hyperinflation, foreign debate, unequal wealth distribution and political instability.

As the only Mexican national in my classes, I was often called upon by professors or classmates to validate the open assertion that the trilateral trade agreement would dig Mexico out of it’s economic rut.

I mostly nodded in agreement. After all, the way NAFTA was presented in both the media and the classroom made it sound reasonable. The trade agreement would complement Mexico’s surplus labor with manufacturing technology and capital, causing Mexico to increase its productivity by further industrializing, thereby becoming more competitive in the global economy. Productivity and competitiveness would lead to a higher skilled labor force, causing wages to increase. Higher wages would give birth to a middle-class, expand education and labor related skills, fuel other economic activities, and ultimately slow migration to the United States.

What was not to like about the promised results?

Former president Bill Clinton assured the world that NAFTA was going to promote “more equality and better preservation of the environment and a greater possibility of world peace.” Clinton’s Mexican counterpart, Carlos Salinas de Gortari, said that beyond creating jobs it was “an environment improvement agreement…a wage-increasing agreement.”

However, when I returned to Mexico for my graduate studies, my eyes were opened to a much different reality: NAFTA was not fostering meaningful and inclusive economic development or growth—i.e., reducing unemployment, under employment and poverty—it was doing just the opposite. The truth of the matter was all around me: Rising crime, rampant poverty, and growing inequality were just some of my immediate observations. And time, loss, and further observation has confirmed these doubts.
Official statistics show that from 2006 to 2010, more than 12 million Mexicans joined the ranks of the impoverished, causing the poverty level to reach 51.3 percent of the population. And what of the job creation mentioned by Presidents Carlos Salinas de Gortari and Bill Clinton?

According to recent data, dozens of U.S. companies have moved into Mexico. Thanks, in part, to a report released by the McKinsey management consulting firm, claiming that “for a company motivated primarily by cost, Mexico holds the most attractive position among the Latin American countries we studied…[starting] with low labor costs.”

In response, companies like Walmart (now Mexico’s largest private employer), Frito-Lay, Pepsi, Citigroup, Fruit of the Loom, and Blockbuster all have Mexican operations. A development that has caused NAFTA advocates and capitalist enthusiasts to champion other trade deals, like the Trans-Pacific Partnership (TPP), with an aim of making more developing nations subservient to U.S. led neoliberal ideologies and “free trade” economics. And this, despite startling data that shows how NAFTA policies have only benefited a few to the detriment of the many.

NAFTA promised a flourishing North American economy that would benefit all. However, after two decades, the promised benefits are nowhere to be seen. Instead we’ve seen good jobs vanish, income inequality worsen, public services weaken, and our food insecurity and health concerns increase.

The influx of American corporations into Mexico, in search of cheap labor, has meant the displacement of millions of farmers and increased migration to the United States. Furthermore it has made Mexico more dependent on the U.S. in critical areas such as food, security, finance, and overall Democratic development.

According to a recent U.N. report, Mexico has now surpassed U.S. in terms of obese and overweight residents—32.8 percent of Mexicans, compared to 31.8 person of Americans. And the report cited the obvious as a principle cause: more processed in calorie-rich food, coming from a higher concentration of commercially available snack food.

NAFTA supporters often point to Mexico’s growing middle class as evidence of the trade agreement’s success. In the recent book, Mexico: A Middle Class Society, NAFTA negotiator Luis De La Calle and his co-author Luis Rubio, argue that the trade agreement “has dramatically reduced the costs of goods for Mexican families at the same time the quality and variety of goods and services in the country grew.” Apparently this is what “middle class” equates to: more purchases being made at discount prices. And this, while the evidence surrounding the vast majority of the Mexican populace tells an altogether different story.

Mexico, during Felipe Calderon’s presidency, yielded the slowest growth since 1954. A paltry average of 1.58 percent from 2007 to 2011, and, between a similar time period, GDP per capita decreased by 3.71 percent. Performance that places Mexico amongst the worst performers in Latin America. Add to these numbers the fact that twenty-eight million Mexicans face “food poverty,” and more than 50,000 died of malnutrition during Calderon’s presidency, and what you have is a dire situation that makes Mexico’s U.S. instigated drug war look like a footnote to an otherwise dysfunctional nation.

NAFTA has also permitted the “Walmartization” of Mexico. The trade agreement was signed there were only 14 Wal-Mart retail stores in all of Mexico. Today there are more than 1,724 retail and wholesale stores under the Wal-Mart brand. Is this something to be celebrated? The fact that a country like Mexico is now importing traditional food staples, such as tortilla chips and salsa, from California and Texas, has only served to fatten corporate pockets at the expense of the millions of displaced, small-scale farmers and producers. A disgrace that NAFTA advocates don’t speak of.

And what of the high-tech jobs promised to Mexicans?

Companies like Plantronics, Google, Microsoft, Cisco Systems and Dell Computers do in fact have operations in Mexico. But together they employee less than 7000 people throughout the entire country. The reality is that most of the employment born from NAFTA is not much better than the sweatshop operations in China.

To say the least, the socio-economic and political benefits are elusive. Billionaire businessmen like Carlos Slim and Michael S. Dell have certainly benefited. But the majority of Mexicans have only seen stagnated wages, skyrocketing inequality, and increased dependency on the U.S. The “growing middle-class” in Mexico is not “turning Mexico into a more democratic, dynamic and prosperous American Ally,” as it was irresponsibly reported in The Washington Post. But unfortunately this is the lie most accepted and therefore the sad reality we live with as truth.

Mario Gómez was born in 1975 and studied finance and economics at NYU, UNAM, Universidad Nacional Autónoma de México, and ITAM, Instituto Techológico Autónomo de México; his principle residence is in Mexico City, but also resides in NYC and Bogotá. Professionally his expertise resides in finance—brokerage, asset management, estate planning, and venture capital—from NYC, Mexico City, to Medellín. A career path and culmination of experiences that indoctrinated him into the obdurate underworlds of the Western Hemisphere, propelling him to write his first novel, The Consigliere 2011. Now dedicated to activism, he devotes himself to volunteer work, philanthropy, education, and social change—mostly throughout Latin America. He enjoys scuba, sand castles, and triathlons. His highest aspiration—laughter.