The agreed upon lie: Sarawak (in Borneo) was part of the British Empire by TOM WILLIAMS 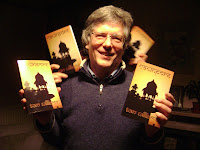 In the National Maritime Museum in London, there is a map of the world which shows all the countries that were once part of the British Empire. Over there, on the right, a little blob of red marks Sarawak. This reflects the widespread belief that Sarawak, ruled by an Englishman and later to become part of the British Commonwealth, was one of the myriad countries that made up the "Empire on which the sun never set".
Sarawak was never part of the British Empire. In fact there was a formal enquiry to establish the relationship of Sarawak to the Crown and the conclusion was that it was a not a British possession.
Sarawak's peculiar status reflected way in which it was acquired by its first European ruler, James Brooke. It is easy to present Brooke as an adventurer who seized control of the country by force. Indeed, nowadays the Brooke Rajahs are often referred to officially as "pirates". It's far from the truth, though.
James Brooke was, indeed, an adventurer. His principal goal when he arrived in Sarawak was to improve relations between the British and the local rulers, which he hoped would bring him benefits as a trader. His ship, the Royalist, carried six small cannon and he had less than thirty crewmen with him. He was in no position to take the country by force. However, he arrived in the middle of a civil war. It had been going on for a long time, with no sign of resolution. Sarawak was governed from Brunei, where a faction in the Sultan's court had whipped up a revolt in that distant province in order to advance their own political position. The politics was Byzantine and the Sultan was increasingly frustrated as faction balanced against faction and the war dragged on and on. He saw the arrival of Brooke as offering a way out of the impasse. The Royalist's guns, if brought into action against the enemy, could be decisive.
This proved to be the case. The cannon and the crew broke the deadlock and brought victory to the Sultan's forces. For his help, Brooke was offered the rule of Sarawak.
Sarawak remained a province of the Brunei Sultanate. It wasn't very important province and the Sultan hardly missed it. For him, the benefit of having James Brooke ruling there was that his enemies could not stir up trouble that could be used against him in Brunei. However, for much the same reason, it was essential that he could say that he still had control of his whole realm. So Brooke acknowledged the Sultan as his overlord and claimed that his authority came from Brunei.

Brooke was proudly British and saw his rule in Sarawak as strengthening the position of the British in the South China seas. At the time, the Dutch dominated trade in the area and this British foothold in Borneo was politically and militarily significant. Burke wanted to have strong ties with Singapore, the main British possession in the region, and he wanted to benefit from the protection of the Royal Navy. The obvious solution was for him to rule the territory as governor, but for it to be officially part of the British Empire with his loyalty pledged to the Queen. However, he felt unable to do this. He argued that his personal loyalty, as a British citizen, was to Queen Victoria, but as ruler of Sarawak, he had pledged his loyalty to the Sultan in Brunei. The British government was very uncomfortable with the situation, believing that they had been manoeuvred into a position where they were responsible for Sarawak but did not actually have any control of it. However, the practical reality of the politics of the region prevailed, and Sarawak never did become formally part of the British Empire.
Sarawak continued to be ruled by three generations of Brooke Rajahs until the Second World War, when it was invaded by the Japanese. The third Rajah, Anthony Brooke, claimed that he did not have the resources to make good the damage that had occurred before the Japanese were defeated. Controversially, he agreed to hand his country over to the British. The age of Empire was over when Sarawak finally became, briefly, a British colony. It was a British possession from 1946 until it was officially granted independence in July, 1963. Later that year, it was incorporated into Malaysia. Sarawak's days as a separate nation were over.


Tom used to write books for business, covering everything from the gambling industry to new developments in printing technology. Now he writes about love and adventure in the 19th century, which is not nearly as well paid, but much more fun. It also allows him to pretend that travelling in the Far East and South America is research.


Tom is the author of 'The White Rajah' and 'Cawnpore' and is working on a series about a spy in the Napoleonic wars. When he's not writing or travelling, Tom likes to skate on the streets of London or dance tango almost anywhere.
Posted by M.C.V. EGAN at 9:00 AM