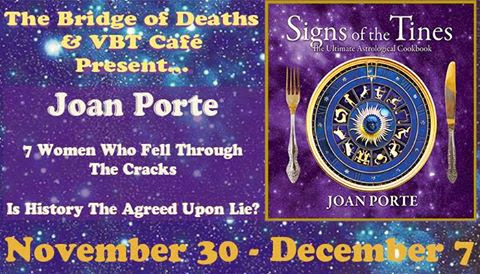 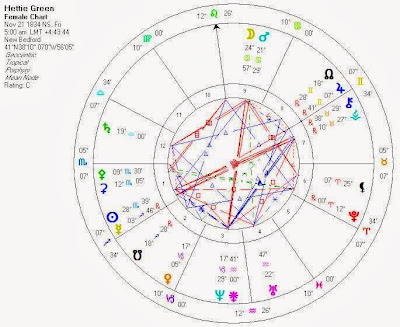 “The Witch of Wall Street,” Henrietta Howland Robinson Green was born in New Bedford, Massachusetts on November 21, 1834.  By the age of six, she was reading the daily financial newspapers with her father and by thirteen, she was managing the families’ vast accounts.


When her father died in 1864 Hetty inherited an estate that in today’s money would be well over $100 million dollars. Shocking the male dominated financial world, Hetty parlayed that fortune into (again in today’s terms) what was estimated to be between $2 -$3 billion dollars. Her plan was precise. She always made conservative investments, which she backed up with endless cash reserves. Blessed with nerves of steel, Hetty withstood the many “panics” of the Guilded Age. In fact, in the Panic of 1907 she kept the city of New York afloat!


What marked Hetty almost as much as her financial prowess was her amazing stinginess. While some could be apocryphal, stories abounded that made her sound like a real life Ebenezer Scrooge. Laundresses told of how she demanded they wash only the dirtiest parts of her clothes to save on soap and she rarely if ever turned on the heat or hot water. Her wardrobe never varied from one black dress – hence giving her the witchy nickname–and it was said that she spent half a night searching her carriage for a lost two-cent stamp. When her son broke his leg, she tried to have him admitted to a hospital for the poor. Hetty never worked in an office because she refused to pay rent.


What astrological phenomena would account for a woman of such vast wealth and incredible stinginess? As I said in previous posts, we do not have birth times for these women, something that hinders our interpretations. However, the chart always reveals its secrets when studied.


At the time of her birth, Venus was in Capricorn and more importantly, it was unaspected by any other planet. Planetary energy runs amuck in our charts when there is no interaction with others. It has no controls, no boundaries. Venus, is the ancient god of love and beauty, however, she also controls the purse strings. We often forget that behind her beguiling smile is a woman with her hand in your pocket. Capricorn is the stern taskmaster who demands organization, structure, and frugality. With this energy rampant in her chart, the seeds for miserliness are clear.


Notice that this puts her South Node in Sagittarius in the second house as well. Karmically Sagittarius comes from a position of having studied much in previous lives.* No wonder she had an innate sense of money!


What would I serve Hetty for dinner? Beats me! I think I would go with a meal I put in the Scorpio section of my book, “Signs of the Tines: The Ultimate Astrological Cookbook.”  Pasta Puttanesca is a spicy dish said to have come from the women of the night in Rome. It is fast, hot like them, and easy to make so they can get on with business. It looks simple enough not to scare off the stingy Hetty but just may have shown her that you can eat cheaply but flavorfully.


*For more explanation on the North and South Nodes in a chart, please see my article on Ida Wells written earlier this week.


Joan Porte is the author of “Signs of the Tines: The Ultimate Astrological Cookbook.”
It is available at Amazon, Barnes and Noble and www.signsofthetines.com.
For karmic soul chart readings contact Joan at Joansastrology@gmail.com  or visit her blog at www.joansastrology.blogspot.com


Download her podcast Astrological Cooking at http://webtalkradio.net/internet-talk-radio/astrological-cook/
Posted by M.C.V. EGAN at 9:00 AM
Email ThisBlogThis!Share to TwitterShare to FacebookShare to Pinterest