Promises Made, Promises Not Kept. How the Government “Brushed Off’ 400,000 Atomic Test Participants By Ron Standerfer

It was chilly that morning at Yucca Flat, Nevada. As I stood on the platform with the others, I stomped my feet to keep warm and gazed anxiously at the seven hundred foot tower before me. Suspended below was a nuclear device capable of a detonation more than two times the size of the bomb dropped on Nagasaki. The tower was eight miles away, but it looked much closer. The device was set to go off in ten minutes. When the final countdown began, I placed my hands over my eyes and stood facing it as instructed. What happened next, was a flash of light so bright and blinding that the bones of my hands were visible as if by X-ray. I uncovered my eyes and saw a dark, dirty mushroom cloud ascending skyward, followed by a shock wave rolling across the desert, passing through me with a resounding thump. When it was over, they collected the dosimeter I was wearing, brushed me off with brooms to remove any radioactive fallout that might have clung to my fatigues, and sent me back to my squadron.


To this day, I have no idea why I was sent to witness that atomic test. But back then, it didn’t matter. I was a first lieutenant in the United States Air Force and that’s what I was ordered to do. Besides, I was certain the government knew what it was doing, and would never put me in harm’s way. I was wrong, of course; but that’s the way it was in 1957.


Twenty years after the test, I received a letter from the Center of Disease Control in Atlanta. “Our records show that in 1957 you observed a highly classified nuclear test code named, Smokey,” it began. “It seems in that particular test, an exceptionally large amount of radiation had been released into the air, and in later years, a significant number of deaths from leukemia had occurred among the participants.” After medical tests proved that I did not have leukemia, I put the letter away and went on with my life. I was one of the lucky ones. Others were not so lucky.


Between 1946 and 1962, over 400,000 military personnel were put in harm’s way, operating in some cases near ground zero, minutes after detonation—without any special protective clothing. The government told them the radiation would be relatively harmless. And while guinea pigs used in the tests were carefully washed and observed for weeks, if not months, after the tests; humans were brushed off with brooms and returned to duty with no follow-up studies. There should be no problem, the government said. Twenty years later, the first and only study of test participants revealed that they were contracting leukemia at two to three times the normal rate. I have not updated the above statistics for over five years.  Why? Because confronting our government’s careless and blatant betrayal of its veterans, even in statistical terms, has just become  too much for me to bear.  All I can tell you is that in 2007 when I last visited the National Association of Atomic Veterans website (www.naav.com) the situation was as follows: approximately 280,000 “atomic veterans” had applied for medical benefits based on exposure to nuclear radiation. Of that number, just 50 claims were approved. Time was running out for them. Fewer than 20,000 of their ranks were left. Many had cancer. Most were older than 75.


The story of these “atomic veterans” and how they were denied medical benefits is old news, and it has always been increasingly difficult to attract public attention to their plight. “We covered that story years ago,” is the typical response from the media. But we should keep trying, because I believe any period in history is directly connected to the present. It’s all a matter of identifying the relevant issues and connecting the dots. In the case of the atomic vets, the government grossly understated the danger of radiation during atomic tests; misled the participants into believing that they were adequately protected from the effects of that radiation; and worst of all, broke the sacred vow traditionally made to veterans, namely that they will receive medical care for service connected disabilities for the rest of their lives.


These days, Iraq and Afghanistan still occupy center stage; although one has all but departed, and the other is preparing to leave. Meanwhile, even the strongest supporters of those conflicts now admit that we underestimated the resolve of the insurgents who routinely took American and Iraqi lives through car bombs and other terrorist activities, and that both wars took/is taking far longer than anticipated. Meanwhile, during the Iraq conflict shortages of critical safety equipment like bullet proof vests and vehicle armor was a common problem. Underestimating the threat and inadequate protection? Connect the dots!


And what about the returning veterans whose bodies and minds were shattered by the trauma of combat? Will we keep our promise to provide them timely and adequate health care for as long as it is needed? I’d like to think so, but the past is not encouraging; and the future does not look promising.  After all, it was not that many years ago that revelations about poor living conditions and bureaucratic delays at Walter Reed Army Medical Center forced the resignations of three high-level Army officials and led to a review of the vast network of clinics and hospitals run by the Veterans Affairs Department; and the Pentagon was investigating allegations of inadequate medical treatment and unsanitary conditions at a veteran’s nursing home in our nation’s capital.


As a retired military officer and loyal American, I fully support our armed forces. They voluntarily put themselves in harm’s way every day and do a remarkable job. Why? Because they love their country and believe they are doing the right thing. All they ask in return is that we are always up front with them and always keep our promises. It’s not very much to ask considering what they do for us. 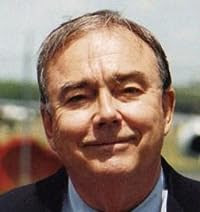 Ron Standerfer was born and raised in Belleville, Illinois, a town across the Mississippi river from St. Louis, Missouri. While attending the University of Illinois he took his first airplane ride in a World War II- Vintage B-25 bomber assigned to the local ROTC detachment. It was a defining moment in his life. Weeks later, he left college to enlist in the Air Force’s aviation cadet program. He graduated from flight training at the age of twenty and was commissioned as a Second Lieutenant.

Another defining moment occurred early in his career. In August 1957, he participated in an atomic test at Yucca Flat, Nevada.           Standing on an observation platform eight miles from ground zero, he watched the detonation of an atomic bomb; code named Smoky. The test yielded an unexpected 44 kilotons-more than twice the size of the bomb dropped on Nagasaki. He never forgot Smoky, and the memory of that experience weighed heavily on his mind when he wrote The Eagle’s Last Flight, a semi-autobiographical novel about his life as an Air Force pilot during the Cold War.Ron’s twenty seven-year Air Force career spanned the Cold War years between 1954 and 1981. During that time, he flew a variety of high performance fighters including the F-100, F-102, F-105, F-4 and A-7. He flew over 200 combat missions during the Vietnam conflict and was awarded two Silver Stars, thirteen Air Medals and the Purple Heart. The latter he received after he was shot down over Tchepone, Laos in 1969.He retired from the Air Force just as the Cold War ended as a full Colonel after tours in the Pentagon and Tactical Air Command Headquarters in Virginia.Ron is a prolific writer and journalist. He is a member of the International Travel Writers and Photographers Association and American Writers and Artists Inc. He appeared on WOR TV in New York City during the first days of the Persian Gulf War, providing real time analysis of the air war as it progressed. His book reviews and syndicated news articles are published regularly in the online and print news media, as well as in military journals. He currently publishes a magazine blog.  www.pelicanjournal.com

Japanese artist Isao Hashimoto has created a beautiful, undeniably scary time-lapse map of the 2053 nuclear explosions which have taken place between 1945 and 1998, beginning with the Manhattan Project's "Trinity" test near Los Alamos and concluding with Pakistan's nuclear tests in May of 1998. This leaves out North Korea's two alleged nuclear tests in this past decade (the legitimacy of both of which is not 100% clear).