Am I a conspirator, a co-conspirator, a relentless exposer of historical lies, or God help us all; a creator of my own lies, which presumably could eventually become my very own version of history?

The answer to that question is implied in the second part of the site title, i.e. fiction writers like me are often stuck between “historical facts and historical fiction.” How does one navigate through those two shoals while putting credible words in the mouths of fictional characters?  The answer is, very carefully after hours of research!
If “history is the agreed upon lie” as the title of this site suggests, how does a fiction writer like me fit in the grand scheme of all this?


Here is an example taken from my book, The Eagle’s Last Flight.  Given that I was an observer at atomic test Smokey in 1957; I know what I saw and heard; and the images of that event remain printed indelibly in my mind to this day, and will probably continue to do so until someone turns off the switch: 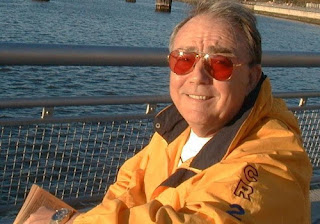 “Skip never forgot his experience at Camp Desert Rock. Years later, he ran into a Marine at the officers club who had participated in one of the tests and the two of them compared notes about what they had experienced.


“It was the damnedest thing,” the Marine said, “There we were, almost at ground zero. I mean we were sitting in trenches, three miles away. Three miles! Not on some piddley-assed platform eight miles away, like those Air Force and Navy pussies.”


Skip let that comment pass, based on his longstanding belief that arguing with a Marine who has been drinking, was not a smart thing to do.


“And get this…right after the blast we were supposed to leap out of the trenches so we could be moved up to a point three hundred yards away.”


“Why? To set up a mock defensive perimeter against anyone who theoretically


“Exactly. When we moved into position, there was nothing to see, much less


to defend against. I mean nothing, just a few piles of molten metal here and


there. And, oh yeah, the charred flesh of sheep that were used in the test.”


“Yeah, sheep. There I was with my men, tromping around in this fallout


shit…you know…that white ash that crunches under your feet?”


“Fallout at three hundred yards, that stuff had to be big time radioactive.”


“Right, but of course I wasn’t afraid, because afterwards we were gonna get


brushed off with brooms and hosed down. I mean, brooms, man. How dumb


could we have been?”


“Anyway,” he continued, “about the same time, this guy shows up over the


top of the hill, all dressed out in some kind of shiny, silver, protective suit with a


ventilator and face mask. When he sees us, he comes roaring over, like someone


lit a rocket in his ass. What are you guys doing here? Where is your protective


I yelled back, we’re just doing some reconnoitering, getting ready to kick some


Well, you guys shouldn’t be here, he replied. Are you crazy?


Well, yeah. I told him. We are crazy. I mean…we’re Marines, which is basi-


Commission. They were the guys who were supposed to be running the tests.


And, get this…he didn’t even know the military was operating that close to


“Yep, and when I got him settled down, I found out that he wasn’t pissed at


all. He was just scared…for us. That should have been my first clue.”


“Don’t take this the wrong way,” Skip said, “but it sounds to me like the  government was using you guys as guinea pigs.”


“Guinea pigs?” The Marine snorted derisively. “We should have been so


lucky. The laboratory animals they used in those tests were washed down with


soap and water afterwards, and their health was carefully monitored. It’s been fifteen years since that test and nobody has asked me shit about my health. It’s like


“Or like you guys were expendable, so it didn’t matter,” Skip offered.


“We were all expendable. You, me, and the 250,000 or so troops who participated in all those years of testing. And that, my friend, is the way it is.”
Was there a young Marine who uttered the words above? Indeed there was, and I found his statement quite by accident during my research. Unfortunately, the link has disappeared into that mega-terabyte cyber graveyard where such information ultimately reposes. But here's the good news: I just recently found a historical site that contains all the information I wrote about atomic testing, plus much more. You can check the accounts   at    HistoryMatters.gmu.edu  It is an excellent site and I plan to revisit it often.

In summary, if you want to know the truth about how I really feel about     writing historical fiction, while stuck between historical fact and historical fiction, it is this; I sometime feel like I am part of a Steelers Wheel lyric, you know the one:
"Clowns to the left of me,  Jokers to the right, Here I am, stuck in the middle with .... And I'm wondering what it is I should do!"  (Okay I have a sense of humor, so sue me).
Posted by M.C.V. EGAN at 9:00 AM