Allied Support of the 1944 Warsaw Uprising, Another Promise Not Kept 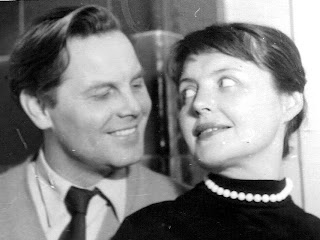 They met in Warsaw, almost by accident; quickly fell in love, and were married. Klimek Mielczarek was raised in poverty and learned at an early age how to survive using his good looks, charm, and ready wit. Teresa Zbijewska was an intelligent and beautiful young woman born into an aristocratic family, and raised on a large estate, surrounded by the finer things in life. Both possessed a secret that they could not, and dare not, tell the other.  Both were members of the Polish Home Resistance Army. In ordinary times it is doubtful that Klimek and Teresa would ever have met, much less married.  But these were not ordinary times.  The German occupation of Poland had turned the lives of all Poles upside down, regardless of class or wealth.On August 1, 1944, the Polish resistance Home Army launched a sudden and well-coordinated attack against the German occupiers of Warsaw.  Taken by surprise, the Germans initially fell back; and at one point, the Home Army gained control of most of Central Warsaw. Success of this audacious campaign was dependent on two important premises: 1) That the Allied Nations would support their efforts with air and ground forces; and 2) That the Soviet Army, which was rapidly approaching the outskirts of Warsaw, would join the fight, thus overwhelming the defending German forces.  But unknown to the London-based Polish government in exile, Poland’s future had already been decided by Roosevelt, Churchill, and Stalin at Yalta; thus, neither occurred, and the Poles were left to fight alone. Out manned and outgunned, the Home Army fought on for 63 days with little or no outside help before surrendering to the German forces. 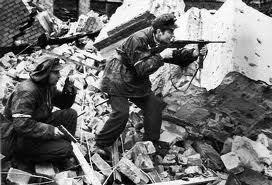 Klimek was captured and spent the remainder of the war in a German prison camp.  Teresa


managed to escape and fled to the country side carrying their unborn child.  Klimek went on to
be a popular star in Polish films; while Teresa became a well-known and much admired stage
directorin Polish theater. Together, they raised two beautiful children, one of whom is my wifeMarzenna.   Every August 1 I take a few moments to honor Klimek and Teresa; two veterans from another country and another time.  I am proud of them and am honored to have been part of their family when they were alive.