Why History is the Agreed Upon Lie by Uvi Poznansky Author of Apart From Love, Home, A Favorite Son, and Twisted

History is written by the winners. They make sure to remove that version of history that belongs to the losers. David, the young entertainer coming to play his lyre in king Saul’s court, makes this point in my upcoming book:
“Hung on the wall is an shiny iron shield. I brush my ﬁngers over the sharp ridges of the engraved inscription, trying to ﬁgure it out by  my touch. It says, The House of Saul. To a naive observer it may seem like an emblem of a highly respected ancestry—but as everyone around the country knows, Saul has no royal blood in his veins. He is the son of Kish, a lowly farmer who owns but a few asses. In his youth Saul used to tend to these stubborn animals. He may long for those carefree days, but word on the street is that he did a lousy job, because the asses got lost more often than not. Everyone hopes and prays that he will do better as a king. The worst part is, his family comes from a tribe of ill-repute. The tribe of Benjamin is known to be nothing but a rowdy mob, notorious for an insatiable appetite for rape and murder, for which it was severely punished. In a ﬁerce civil war, it was nearly wiped out —not so long ago—by the other tribes. For the life of me I cannot ﬁgure why the ﬁrst king of Israel should be picked from the poor, the downtrodden. It is a questionable political decision, but perhaps it is better this way. In the back of his mind, Saul should know his humble beginnings. All of which makes this emblem quite pretentious. But who cares? By instinct I get it, I understand his need to display the thing, because this is the way to create history, when none is available.”
Even when the winner’s version of history makes it to the books, it is modiﬁed by later generations, adding layers upon layers of interpretation. So when I select old yarn to give it a new twist, I always focus on the human aspect: my biblically-inspired characters are no heroes. They are modern man and women, who at times ﬁnd the courage to do heroic acts; at times they are besieged by emotions of grief, jealousy, or
overwhelming passion; and always, they ponder who they are with the doubts and hesitations that are familiar to all of us.
So here, for example, is what Yankle--the main character in my book A Favorite Son, inspired by the biblical ﬁgure of Jacob--says about who he is.
“I like to think of myself as a modern man. A confused one. One left to his own devices, because of one thing: The silence of God. When Isaac, my father, laid on his deathbed, waiting for me, or rather, for his favorite son to come in, he suspected, somehow, that he was about to be fooled. And yet, God kept silent. Now, all these years later, I wonder about it. God did not help the old man. He gave no warning to him; not one whisper in his ear, not a single clue. Now as then, He is utterly still, and will not alert me when my time comes; when they, my sons, ﬂesh of my ﬂesh, blood of my blood, are ready to face me; to fool their old man. 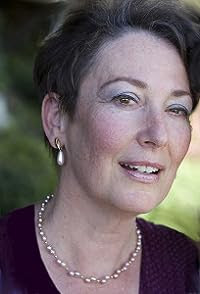 Uvi Poznansky is a California-based author, poet and artist.
She earned her B. A. in Architecture and Town Planning from the Technion in Haifa, Israel. During her studies and in the years immediately following her graduation, she practiced with an innovative Architectural firm, taking a major part in the large-scale project, 'Home for the Soldier'; a controversial design that sparked fierce public debate.
At the age of 25 Uvi moved to Troy, N.Y. with her husband and two children. Before long, she received a Fellowship grant and a Teaching Assistantship from the Architecture department at Rensselaer Polytechnic Institute, where she guided teams in a variety of design projects; and where she earned her M.A. in Architecture. Then, taking a sharp turn in her education, she earned her M.S. degree in Computer Science from the University of Michigan.
During the years she spent in advancing her career--first as an architect, and later as a software engineer, software team leader, software manager and a software consultant (with an emphasis on user interface for medical instruments devices)--she wrote and painted constantly, and exhibited in Israel and California. In addition, she taught art appreciation classes. Her versatile body of work can be seen online at uviart.com. It includes bronze and ceramic sculptures, oil and watercolor paintings, charcoal, pen and pencil drawings, and mixed media.
Uvi published two children books, Jess and Wiggle and Now I Am Paper. For each one of these books, she created an animation video (see Author Videos at the bottom of this page.)
She won great acclaim for her novel, Apart From Love, published February 2012 and for her poetry book, Home (in tribute to her father, the poet and writer Zeev Kachel) published September 2012.