I wrote so many short stories during my school years but after I took a different direction as a career path. I woke up every day hating what I did and decided to make a change. I began to study history then came up with an idea for my first book. At that moment I once again found that desire and passion that I had growing up. I was always told to follow my dreams and even though it was later than I had wanted, I did just that.

History is my passion and one of my many inspirations. I set out to bring different aspects of it to life for my readers. We can learn so much from the past and if I can teach others a small part of it then I have succeeded in achieving one of my goals.

I am very close to my family and even though I had the confidence and willingness to undertake such a change in my career, they were there alongside me every step of the way.  Their love and support drive me to take things every further. I collect antiques and holding an object in my hand and thinking about how much history is attached to it also inspires me to write.

One of the many goals I set for myself when I wrote my first book was to bring different aspects of the past to life. I wanted to be unique and I believe the writing style I use will confirm just that.

Sometimes ideas come to me in an instant and sometimes I will study a particular period of history in depth to come up with a storyline. At present, I have made notes about many other ideas for future books. A few times I have been approached by people who have a family story they want me to write.

As a writer you have to be prepared to deal with a certain amount of criticism however there have been certain people and organizations who don’t want some aspects of the past to be spoken or written about. This particular subject was upsetting to write but someone needed to be their voice and speak for them when long ago not many were willing to do so. If I provided only a small portion of the research I conducted to those who question my motives, I am sure most of them would change their way of thinking.

I knew once I decided to write it I would come across some disturbing stories and I was absolutely correct in my assumptions. The children who suffered at the hands of those whose responsibility it was to care for and protect them were scared beyond belief while it was occurring but they were just as afraid many years later. You can look into the eyes of a sad child in one of the many very old photos of them from the 1930s and you can immediately see the pain and sadness in their eyes.

It was easier from the standpoint of the research because I was able to visit the town and meet the locals. The beginning of the book is set in a city about 15 minutes from me and I grew up spending a lot of time there so I already knew so much about the history of it. Being able to drive through the streets and seeing the old homes helped me provide my readers with a glimpse into life in the late 1930s.

I gave up living the life most people do, I invested most of my money to publish my first book. My social life ended and it took 8 years before I was able to take a holiday. It made me a better person and I regret none of it.

Be in it for the long haul, nothing happens overnight. Believe in yourself and use any negative feedback you receive to help you become a better writer.

Sure! I love getting out there and meeting new people and talking about my books. Unfortunately, like everyone else I have been confined to my home but with the wonders of technology, I use Skype, WhatsApp, and Facebook to connect with my readers. 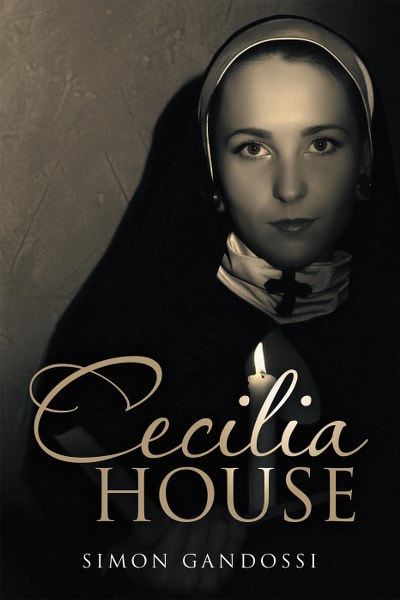 What kind of mystery hides within the walls of ‘Cecilia House’?
Simon Gandossi’s latest novel tells story of a young girl who, despite her innocence, finds herself experiencing unimaginable pain
Growing to be one of the best up-and-coming historical fiction writers, Simon Gandossi pens “Cecilia House” (published by Xlibris AU), a novel based on the abuse by the Catholic Church in the 1930s.
Life is a precious gift and it can change within the blink of an eye. This is something Patricia discovered at a young age. After an extremely tragic event, her loving family, good friends along with many dreams and aspirations were all gone. As an unwanted child, she is sent to what was supposed to be a place of lovingness and warmth. But coming to Cecilia House sets in motion Patricia’s life downward spiral. She soon discovers that those responsible for her care added so much more pain and sadness to many lives instead. What occurred within the walls of Cecilia House was one of the most despicable and atrocious acts to ever happen within an organization whose duty is to protect innocent children.
Gandossi, through Patricia’s story, allows readers to experience the same feelings and emotions as the main character (and of the innocent children who suffered abuse from the hands of those supposed to provide them welfare and care).
Add to Goodreads
Amazon * B&N * Website 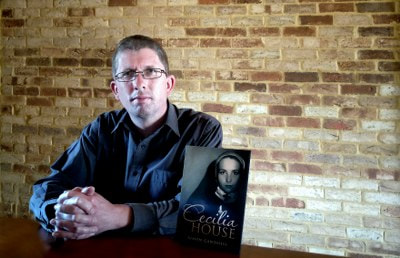 Born and raised in Western Australia, author Simon Gandossi grew up on a small quiet farm. At an early age, he began to visit museums. As he looked at the various antiques, he created stories about each of them in his mind which would later come to life when his father bought him his first computer. This passion for history grew over the years making him one of the best up-and-coming historical fiction writers. His first two books, “Elsa” and “For Beau: The Sarah Ashdown Story,” have gained outstanding reviews from several major bookstores and critics. His unique perspective carries on to his newest novel, “Cecilia House.”
Website * Facebook * Twitter * Instagram
Bookbub * Goodreads