It is winter 1539. King Henry VIII is galloping through the night to Rochester to meet a young woman. Just arrived in England from Germany, Anne of Cleves is destined to become his fourth wife. He has never met her before. He has only seen her portrait – the portrait of a sweet, demure and innocent young woman. The impatient and lovesick king must see her before their marriage. But this rushed and unplanned rendezvous will shock them and the country both. It will also lead to some completely unexpected and fatal results.


In D. Lawrence-Young’s well-researched novel, we learn of the strong passions and the deadly politics when the romantic plans of a frustrated Tudor king go badly wrong.


This historical novel has it all: sex and romance, violence and war, infidelity and intrigue.


Catherine Howard, the Duke of Norfolk’s niece, is raised in the very free atmosphere of her grandmother’s palace. Here she becomes aware of her own sexuality and the exciting effect she has on the men at court around her. She is also an unknowing part of her uncle’s devious plan to obtain more influence with the king - he pushes her onto the newly-divorced and lovesick King Henry VIII who is looking for a fifth wife.


Meanwhile, John Butcher has become a guard in the dreaded Tower of London. He guards the king, witnesses the executions of Anne Boleyn and Thomas More and takes part in the fighting in Ireland. However, when he returns to London, his meeting with Catherine Howard, the king’s fifth queen, produces unexpected and dramatic results.


In D. Lawrence-Young’s second Tudor novel we learn how Catherine Howard’s passionate nature mixed with the murky, deadly politics of the Tudor court and a furious king produce a classic story of passionate love, disappointment and revenge on a royal scale. 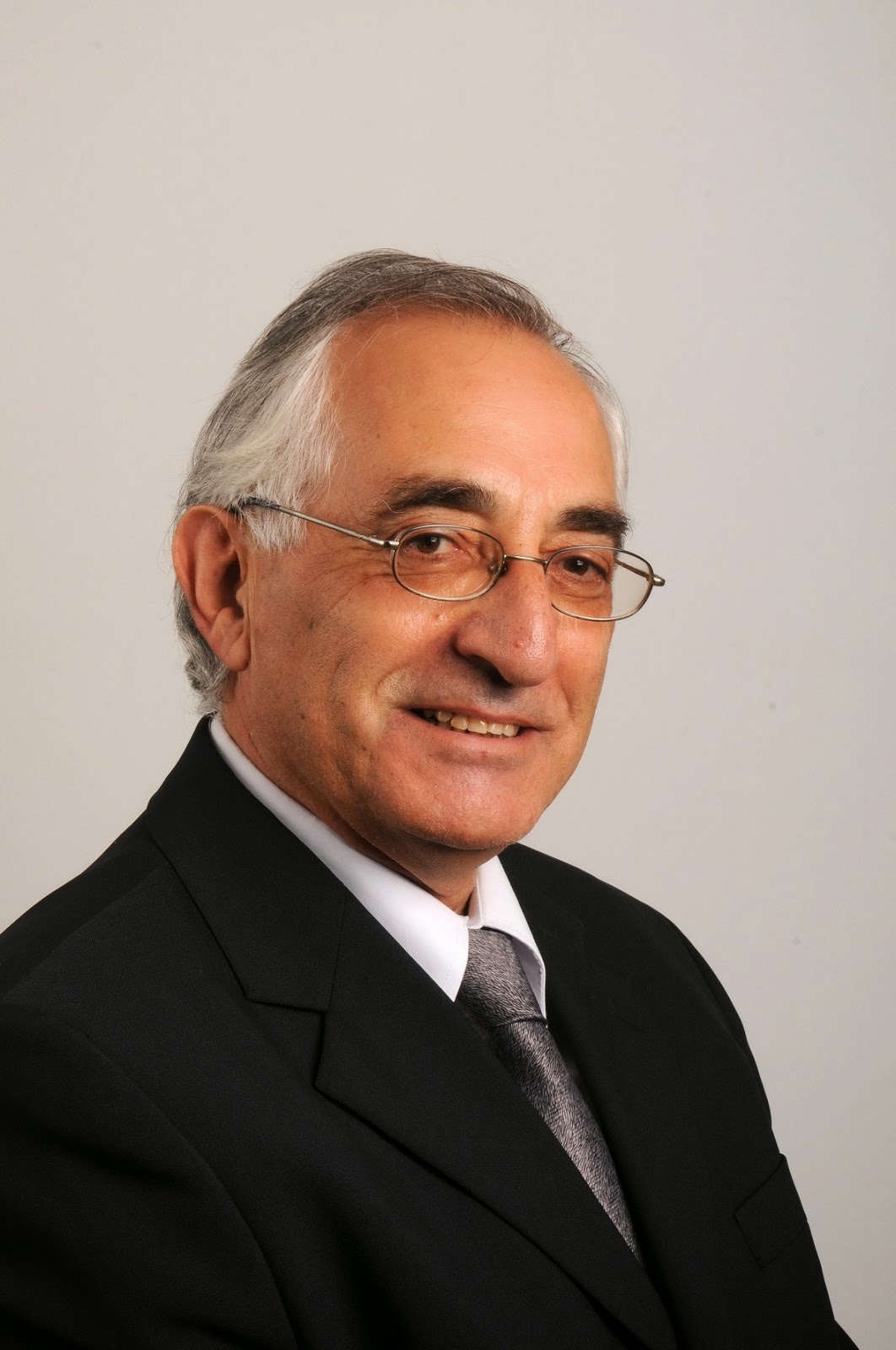 D. Lawrence-Young takes the often pompous and frequently silly “Shakespeare Authorship Controversy” and turns it into a fast-paced page-turning detective story. All the nooks and crannies of rival candidates and claims are traversed in interesting locations and often funny encounters. The SAC has got under the Shakespeare-loving and teaching David Young’s skin and he has turned this irritant into a pleasure to read and from which there is much to learn. 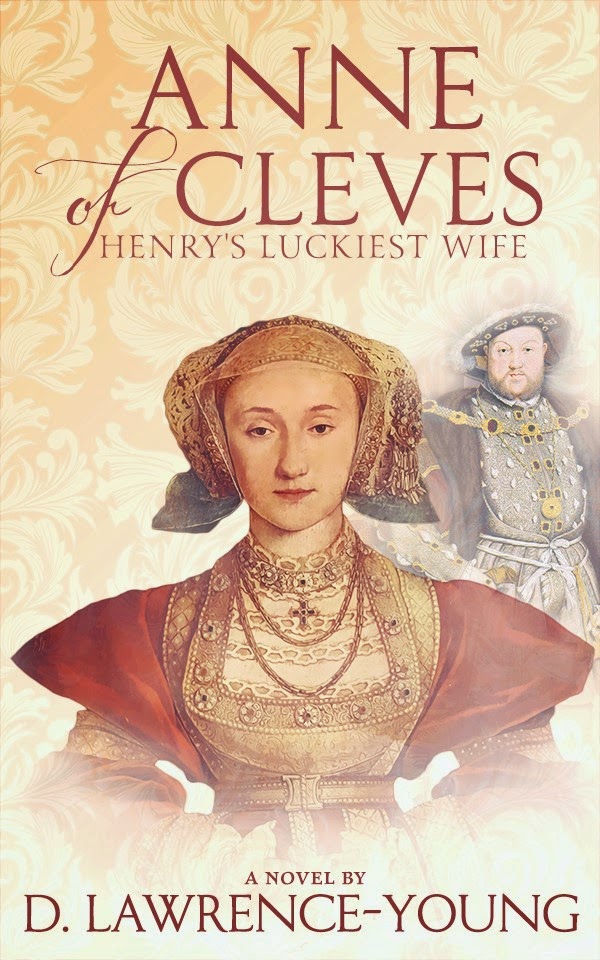 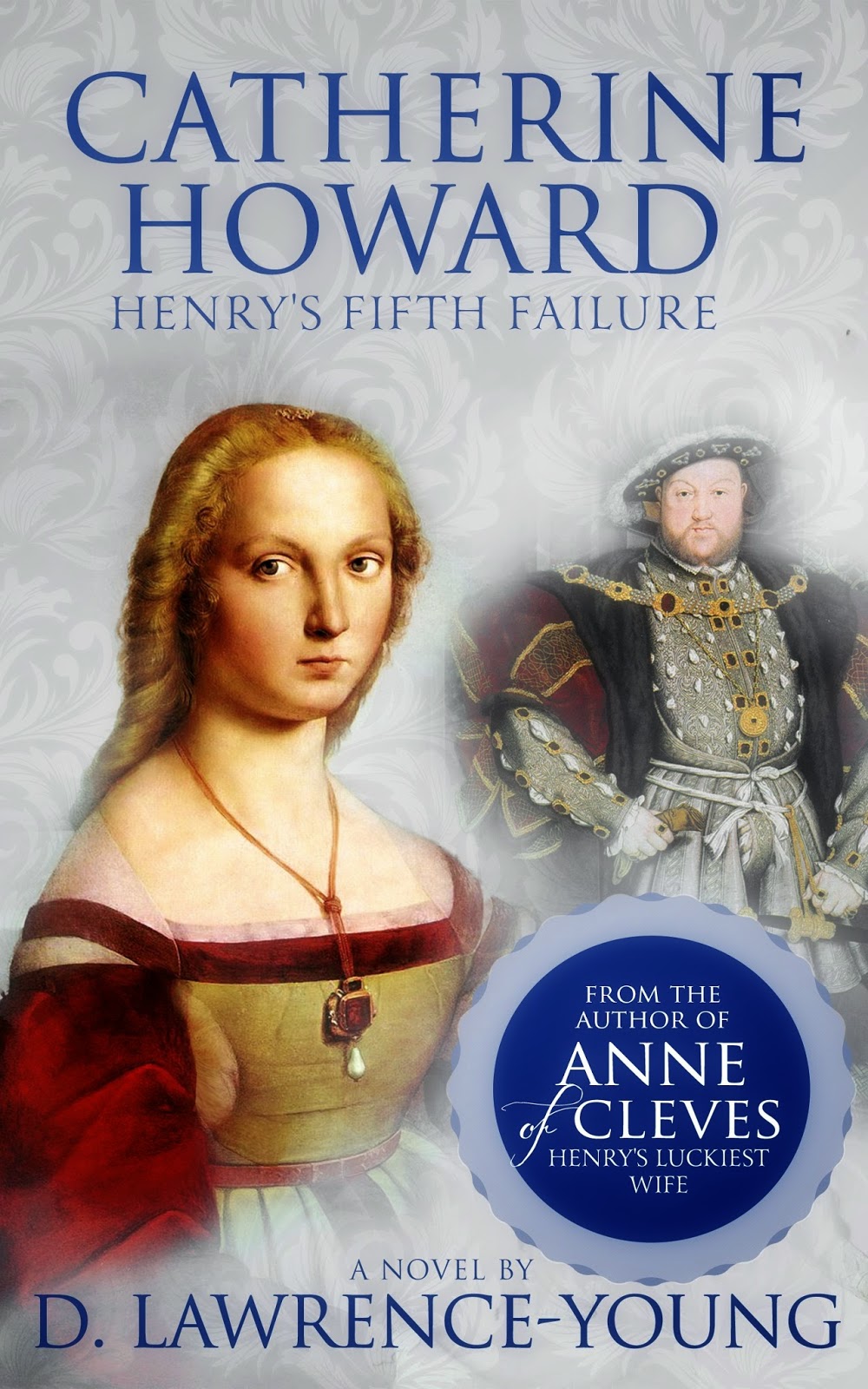 INTERVIEW with AUTHOR JENNIFER CLARK who served in Afghanistan

Find and Buy Jennifer's book at:
Barnes and Noble
Amazon
My website bookstore
Jennifer Clark, former Captain and Physician Assistant, served for over 10 years in the USAF. She enlisted as a medic and quickly progressed up the enlisted ranks to E-5 while stationed at Nellis AFB, NV where she completed her Associates in Allied Health Sciences through the Community College of the Air Force. She was selected for the Interservice Physician Assistant program after five short years of enlisted service and graduated the program with a Bachelor's and Master's Degree from the University of Nebraska Medical Center. She was commissioned as a 1st Lt and her was stationed at Tyndall AFB for her first duty assignment as an officer.
One year after arriving in Panama City, she forward deployed to Afghanistan with a team of US Army Green Berets for six months. After the deployment she returned to Tyndall AFB and completed the rest of her commitment to the USAF. In 2011 Jennifer separated from the service and joined Vascular Associates, a local vascular surgery practice where she continues to treat patients with vascular conditions.
Since separating from the military Jennifer has written a book outlining her deployment to Afghanistan and struggles with PTSD titled 166 Days: My Journey Through the Darkness that is due to be published in early 2014. She has also gained her certification as a Life and Wellness Coach and in 2013 founded an organization entitled Back to Center Wellness Associates which is focused on serving, inspiring, and guiding others towards meaning and fulfillment in their lives. She is a frequent speaker on Tyndall AFB and within the community.
Jennifer is happily married to Greg Clark, and a mother of three beautiful children: her stepson Griffen, daughter Ayla, and her son Dylan. 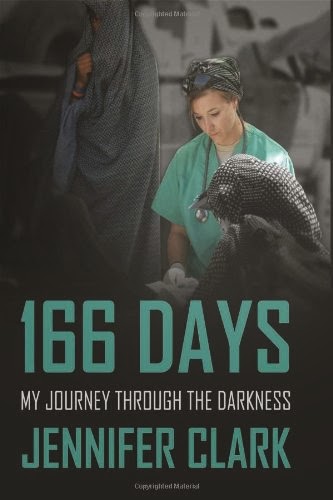 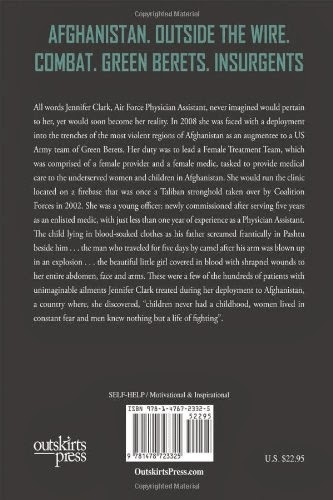 166 Days ~Afghanistan. Outside the wire. Combat. Green Berets. Insurgents. All words Jennifer Clark, Air Force Physician Assistant, never imagined would pertain to her, yet would soon become her reality. In 2008 she was faced with a deployment into the trenches of the most violent regions of Afghanistan as an augmentee to a US Army team of Green Berets. Her duty was to lead a Female Treatment Team, which was comprised of a female provider and a female medic, tasked to provide medical care to the underserved women and children in Afghanistan. She would run the clinic located on a firebase that was once a Taliban stronghold taken over by Coalition Forces in 2002. She was a young officer; newly commissioned after serving five years as an enlisted medic, with just less than one year of experience as a Physician Assistant. The child lying in blood-soaked clothes as his father screamed frantically in Pashtu beside him, the man who traveled for five days by camel after his arm was blown up in an explosion, the beautiful little girl covered in blood with shrapnel wounds to her entire abdomen, face and arms. These were a few of the hundreds of patients with unimaginable ailments Jennifer Clark treated during her deployment to Afghanistan, a country where, she discovered, "children never had a childhood, women lived in constant fear and men knew nothing but a life of fighting". 166 Days: My Journey through the Darkness is a page turning account of innocent people losing their lives simply because they frequented the wrong place at the wrong time and of lives sacrificed to the cause by brave and committed young men. 166 Days illustrates the challenges Jennifer faced daily; from being a female in a Special Forces world of men, to treating patients with indescribable conditions and the frequent attacks of the firebase by the Taliban. 166 Days is a gripping account of war, but it is more than that. It outlines an intimate struggle with Post Traumatic Stress Disorder (PTSD) and adjusting.

Go to Mother JONES for full article on UKRAINE

From  "Russian-born US citizen author"
I don't like to say this, but I think that this will not be a good thing for Ukraine, and I also think the rest of the world can't do a damned thing about it.

Let me explain a little something about Russia. You may've caught onto this already, or you may have known it, especially if you've been born there or if you lived through the Cold War: Russia does not give up power easily, and it never forgets. Putin is ex-KGB; he's of my parents' generation and he knows exactly what holding power meant in the ye olde days. Do you think that he, or anyone old enough to remember the old days, has forgotten all the countries that had comprised the Soviet bloc? Of course not.

The anti-gay sentiment is also not new. They had done the exact same thing to the Jews. My own family has more than enough stories to the effect. The similarities to the way things are conducted had cost me enough sleep already.

It's history all over again. Just with different faces, slightly different targets, but the same concepts.

But there is one beacon of hope in this entire matter, and that is the fact that Ukraine and Russia are both connected to the rest of the world via the Internet, and not for nothing, Eastern-Europeans are some awesome technicians. But reallly, think on it. These are two countries who both have a horrible, ugly history to them as part of the Soviet bloc. The children have grown up hearing their parents' stories, generation after generation. There's no way in hell that the Ukrainians will stand for this abuse of power, and if the Russians know their history and know the way their country is headed, then hopefully this thing will come to an end quickly and with as minimal bloodshed as possible.

Though truthfully...if I know my history and I know my parents' history.....I may be hoping fruitlessly. I will not be surprised if other countries that had comprised the Soviet bloc are next on the menu.

And that is why I'm glad to 1. be a US citizen and 2. live in NYC. Because after two generations of having this sort of thing on lather-rinse-repeat in the old country, in one way or another, complete with "patriotic brainwashing" -- really, there's no other way to put it - enough is enough. Railing against the Republican party is enough for me.

Here's What Is Going To Happen With Ukraine

A trade union building being seized in Simferopol, Ukraine. Stanislav Krasilnikov/ITAR-TASS/ZUMA
Following up on the previous post, if you do want to fret about Ukraine, I have just the thing for you. I'm going to tell you how this will all unfold:
Posted by M.C.V. EGAN at 1:41 PM No comments: