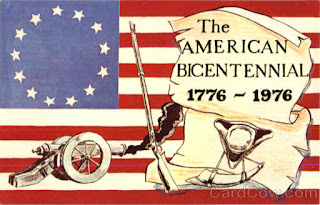 I was seventeen years old in 1976. It was the summer before my senior year in highcshool. My son is seventeen and will be a senior in highcshool next Fall.  Forty years later I cannot help but reminisce. The summer of  1976 was exciting and eventful. I lived at the time in the Washington D.C. suburbs and it was the big summer of The Bicentennial . The USA celebrating 200 years; of course declaring peace and achieving it was not on the same date! 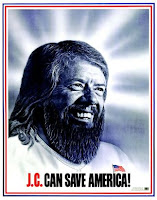 Healing after the turmoil of Watergate America was also preparing for the 1976 elections. In my 17 year old experience out of no-where JIMMY CARTER appeared everywhere, often in posters with long hair and the slogan  J.C. CAN SAVE AMERICA 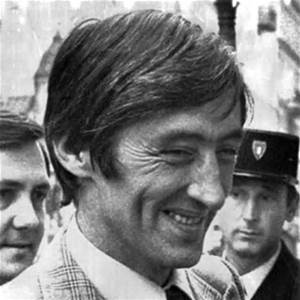 However the event that most impacted my seventeen year old imagination took place in France that summer. I eventually moved to France to study in 1977, and perhaps in part it was the curious movie like robbery that ignited my tremendous curiosity for all things French.

The story of Albert Spaggiari  who led a group of men to commit the well planned robbery of the Société Générale bank in July 1976 during the Bastille Day celebrations in France that year..... is still the strongest memory for me of the events that summer.  (Image Source) 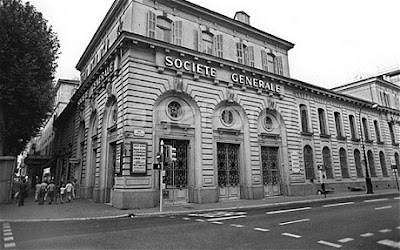 When Spaggiari heard that the sewers were close to the vault of the Société Générale bank, he began to plan a break-in into the bank. Eventually he decided to do it by digging into the bank vault from below. Spaggiari rented a box in the bank vault for himself and then put a loud alarm clock in the vault. He set the clock to ring at night in order to check the possible existence of any acoustic or alarms protecting the vault because it was considered utterly impregnable; the door wall was extremely thick and there was no obvious way to access the other walls.
seismic detection gear. In fact, there were no
Spaggiari contacted professional gangsters from Marseille, who, after examining his plans and the site, decided not to participate in the heist. His accomplices probably were recruited through old OAS friends. His men made their way into the sewers and began a two-month effort to dig an eight meter long tunnel from the sewer to under the vault. Spaggiari had taken many precautions during this long dig. His men worked long hours continuously drilling. He told his men not to drink coffee nor alcohol and get at least 10 hours of sleep every shift to avoid any danger to the mission.
On July 16, 1976, during a long weekend due to Bastille Day festivities, Spaggiari's gang broke into the vault itself. They opened 400 safe deposit boxes[citation needed] and stole an estimated 30-60 million francs worth of money, securities and valuables. It was the largest heist in the history of bank robberies to that date.
According to some accounts, Spaggiari brought his men a meal including wine and pâté, and reportedly they sat down in the vault for a picnic lunch, after welding the vault door shut from the inside. The gang spent hours picking through the various safe deposit boxes. Before they left on July 20, they left this message on the walls of the vault: sans armes, ni haine, ni violence ("without weapons, nor hatred, nor violence"). This was Spaggiari's message to the world, implying that he considered himself to be something more than a common thief.

At first the French police were baffled. However, by the end of October, they were closing in, and on a tip from a former girlfriend, they arrested one of the errant thieves. After a lengthy interrogation he turned over the entire gang, including Spaggiari. When Spaggiari, who had been accompanying the mayor of Nice Jacques Médecin in the Far East as a photographer, returned to Nice, he was arrested at the airport.
Spaggiari chose Jacques Peyrat, a veteran of the French Foreign Legion who belonged at the time to the National Front, as his defence attorney. Spaggiari first denied his involvement in the break-in, then acknowledged it but claimed that he was working to fund a secret political organization named the "Catena" (Italian for Chain) that seems to have existed only in his fantasy.
During his case hearings, Spaggiari devised an escape plan. He made a fictitious document which he claimed as evidence. He made the document coded so it had to be deciphered by the judge. He distracted judge Richard Bouaziz with this document and then jumped out of a window, landed safely on a parked car and escaped on a waiting motorcycle. Some reports claimed that the owner of the car later received a 5000 francs cheque in the mail for the damage to his roof.
Left-wing papers later claimed that Spaggiari had received help from his political friends, in particular from ex-OAS militants close to the mayor of Nice, Jacques Médecin. The accusations forced Médecin to go through a second round of voting at the local elections of 1977.
In 1995, Jacques Peyrat accused Christian Estrosi, French minister and former motorcycle champion, of having been Spaggiari's driver. But later Estrosi proved that on that day he had been motorcycle racing in Daytona .

Spaggiari remained free for the rest of his life. He was sentenced in absentia to a life in prison. Reportedly he underwent plastic surgery and spent probably most of the rest of his life in Argentina. However, it is reported that Spaggiari came several times clandestinely to France, visiting his mother or his wife "Audi". For the publishing of his last book Le journal d'une truffe he gave an interview to Bernard Pivot for the TV program Apostrophes that was reportedly recorded in Milan, Italy.
According to a CIA document declassified in 2000 and publicised by the National Security Archive, Michael Townley, the DINA international agent responsible for the murder of Orlando Letelier, a member of Salvador Allende's government, in Washington DC, 1976, was in contact with Spaggiari. Information contained in the document suggests that Spaggiari (code name "Daniel") conducted operations on behalf of DINA.  read more at WIKIPEDIA
Posted by M.C.V. EGAN at 1:56 PM