10 Things You May Not Know About London’s Underground

From This Day in History

On January 10, 1863, after nearly 20 years of failed attempts at alleviating crowding on London’s busy city streets, the world’s first underground railway roared into action beneath the British capital. What began with a 4-mile-long stretch of rail connecting the stations of Farringdon and Paddington soon became the world’s first mass-transit system, transporting millions of passengers annually—decades before cities like Paris or New York were able to do so. On the anniversary of that initial triumph, here are 10 things you may not know about London’s Underground. 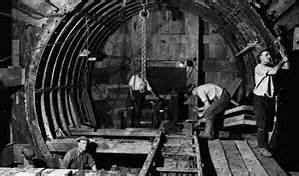 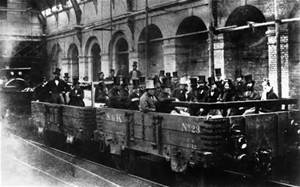 Images Daily Telegraph
1. The first Underground trains ran on steam.
Recent studies have found that London’s air quality below ground is 70 times worse than it is above, and that, due to exhaust and poor ventilation, a 40-minute ride on the system is equivalent to smoking two cigarettes. This may shock modern sensibilities, but the earliest riders would hardly have been surprised. While steam locomotives, fed by coal, had been traversing the British countryside for decades, few were prepared for what awaited them in the smoky, sooty confines of the enclosed Underground system. For nearly 30 years, the entire Underground was steam-powered. The first electrical powered lines opened in 1890, but a few steam-powered trains remained in regular use until 1961. However, this year, to commemorate the 150th anniversary of the system, a series of steam-powered trains will once again travel throughout parts of the system.