Hi there and thank you for allowing me a chance to share a bit of geek history with you today. My name is Toi Thomas and I’ll be filling you in on the basics of Batman. The history of D.C. Comic’s Batman is a long and complicated tale, but I’m going to sum it up in 10 basic points.


1. The Batman character wasn’t created as a show stopper. He was just another character in the Detective Comics series called “the bat-man”, created by artist Bob Kane and writer Bill Finger.

4. In issue 38, Robin made his first appearance as a kind of kid-Watson to Batman’s-Holmes.

6. Catwoman and Joker didn’t appear until issue #1 of the Batman title.

7. In the beginning, Batman carried and used a gun. This was later changed when writers decided that a boy who watched his parents get shot may not like guns.

8. The 1960s TV show was a decline in Batman detective creativity, but was a boost in popularity and resulted in several new villains. (It was inspired by a Hollywood costume party.)

9. Batman was one of the first and still few superheroes without any super powers.

10. In recent years and current D.C. history, the Batman characters has had more character and story cross-overs than any other character and has received the most commercial success outside the comic book press, with Superman being his closet competition.

Now you may be wondering why the need for a brief history of Batman. So, I’ll give you 3 reasons.

1. Batman is my favorite superhero of all time.

2. The story and many aspects of this character have inspired details of my Eternal Curse Series.

3. Like Batman, other characters of the D.C. Universe have inspired my writing, specifically my Eternal Curse series and I even made a video about it. Watch it here. 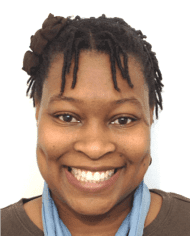 A self-proclaimed techie and foodie, Toi Thomas was born in Texas, but considers Virginia to be home. She enjoys reading, cooking, baking, painting, collecting vinyl records, and spending time with her family. Currently working as a special education teacher’s assistant while blogging and writing fulltime, Toi finds comfort and peace of mind in chocolate, green tea, and naps. For some reason, Toi admits has escaped her, she married a frat boy who has continued to be her best friend and love of her life. She and her husband are now tackling video production and Comicons to promote the release of her second novel, Eternal Curse: Battleground. Visit The ToiBox of Words to learn more about Toi and her writing.

That’s all I have for today. I do hope you have enjoyed the visit and will maybe consider picking up a copy of a Batman comic book and perhaps even a copy of my Eternal Curse Series.
Posted by M.C.V. EGAN at 12:55 PM