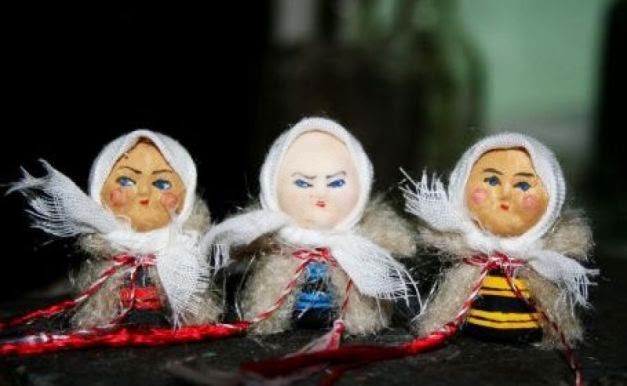 Romanians have a lot of customs and traditions linked to spring, especially to the month of March. Beside the lovely Martisor tradition, on 1st March, there’s also an interesting one linked to the first nine days of this month. It dates back to ancient times and I think it’s unique.


Our ancestors were aware that the first days of March are too cold, or too warm. Typical spring weather. They called these first nine days of changing weather - Old Women’s Days.


Old Women’s Days finish on 9th March when the weather already gets milder and sunnier.


Where does this belief come from?  The ethnographers say that the myth is one of the most important myths in Romania, that of Dochia.


If we take into consideration that the old Roman calendar started on 1st March, then old lady Dochia is the embodiment of the old year that is ending and must die at the beginning of March. Dochia’s death on 9th March is considered a border between the cold and the warm season.


There are numerous legends regarding old lady Dochia. One of them claims Dochia is an old woman who daily scourges her young daughter-in-law. Once, on 1st March, Dochia sends her to wash black wool until it gets white. The daughter-in-law goes to the river and washes the wool until her fingers start bleeding but the wool stays black. An angel takes pity on the poor young woman. The angel gives her a white flower and tells her to touch the black wool with it and the wool will turn white. Seeing her daughter-in-law with the flower in her hand, Dochia thinks spring has come and goes up the mountain with the sheep.


She puts on nine thick sheepskins to keep her warm. But while climbing the mountain the weather gets either too warm, or too cold, it rains and her sheepskins turn wet and heavy. Dochia takes them off, one by one, until she is dressed only with her shirt. Frost comes and Dochia freezes, being turned into stone, together with her sheep, as remembrance for what happens to mean people.


So, the days between 1st and 9th March represent the time when Dochia fulfills her destiny, climbing the mountain, together with her sheep, to die for rebirth. The instability of weather during this time is due to her freakish character.


We still keep the tradition in my family. Sometimes it’s funny how my husband tries to check the weather forecast ahead to be able to pick a sunnier day. Sometimes it fits, other times it doesn’t. We have a lot of fun on this topic. 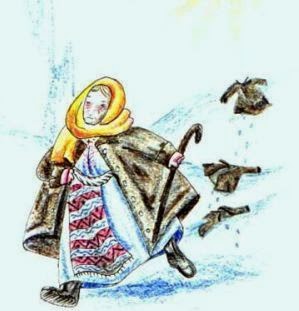 Another thing I should mention in connection with the day of 9th March, when Dochia dies. On this day women bake a sort of small cakes having the shape of number 8. They are called mucenici/martyrs. It’s dough and sprinkled with grind nuts and honey on top. They represent the spirit of wheat brought as sacrifice to a solar deity. I think this meaning was lost along the time and is considered more as a remembrance of the dead people in one’s family.


Another more exotic custom on 9th March, especially in the countryside, says that men should drink 40 or 44 glasses of wine. This is a reminiscent of the ancient Bacchic celebrations. This too, has lost the ancient meaning. I wonder if men have any idea where the custom originated. One thing is clear - they have an excuse to drink. 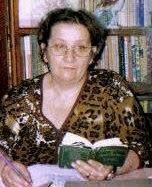 Carmen Stefanescu was born in Romania, the native country of the infamous vampire Count Dracula, but where, for about 50 years of communist dictatorship, just speaking about God, faith, reincarnation or paranormal phenomena could have led someone to great trouble - the psychiatric hospital if not to prison.


English teacher in her native country and mother of two daughters, Carmen Stefanescu survived the grim years of oppression, by escaping in a parallel world that of the books.
She has dreamt all her life to become a writer, but many of the things she wrote during those years remained just drawer projects. The fall of the Ceausescu’s regime in 1989 and the opening of the country to the world meant a new beginning for her. She started publishing.