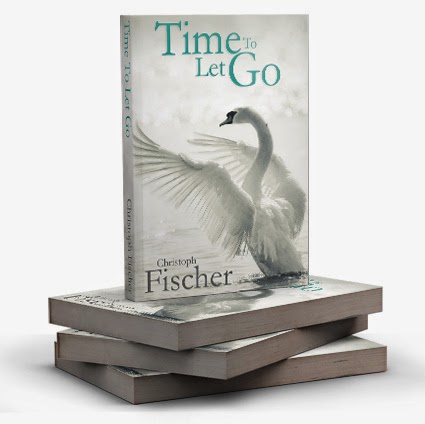 “The Real Biddy Korhonen”
I grew up with only a few friends and with two older siblings who were miles ahead of me in their lives. My mother was a busy woman and so I spent a lot of time at my aunt’s house. She had always wanted to have four children but lost one child at birth. Her other three children were much older and didn’t need her much anymore, so my visits to her house filled a gap for her, in the same way as her attention to me filled a need in me. A match made in heaven.
Philomena, or Minna, as we called her, remained a source of happiness and encouragement throughout my life. I was always welcome and treated like a precious gift. She smoked, but she outlived both of her sisters (taken in their 40s  by cancer).
In her late 70s  Minna was diagnosed with Alzheimer’s disease. Well, I thought, at least she lives, belittling her misfortune without much awareness.
The next time I saw her, her trademark happiness however seemed far away. She was crying bitterly because she had lost her hearing aid, a very expensive one, too. Suddenly her life seemed to revolve around retrieving things. She was spared the physical pain of her sisters, but she suffered severe mental torture.
She fortunately reached a happier stage as medication and care helped reduce the misery in her life, but the attention she needed was a huge toll to the family. Despite her memory loss, she seemed to vaguely recognise me; me, the ‘child’ that lived abroad and who rarely came to visit. She had not lost her warmth and happiness, or maybe she had just regained it after the bad patch I mentioned earlier.
Very recently I saw her again, almost unrecognisable: withdrawn, very unresponsive and almost reduced to basic functioning. Surprisingly, she could still read and when I came to see her for a second time her eyes shone as if she did recognise me. I spoke an emotional goodbye to her and her hand was shaky and excited as she listened to my speech. She even responded by talking, using words that didn’t fit exactly but which expressed an emotion similar to what one would expect from a loving aunt in such a situation.
With her loving kindness in mind I created Biddy, the mother in “Time to let Go”, a selfless, giving woman, who even in her illness manages to show her innate kindness.  I know it would be wrong to praise her for a gift that many other patients do not have, through no fault of their own. Losing one’s memory and control of one’s life is a terrible thing that you can only understand when it happens to you.
“Time to Let Go” is partly meant as a tribute to my brave aunt and to the wonderful people who help making her life dignified and as happy as is possible.
***
Alzheimer’s Disease
My book is inspired by personal experiences with sufferers from the disease. Nowadays, almost everyone knows someone who has relatives with Alzheimer’s Disease and gradually stories and anecdotes about these patients have entered the social dinner party circuit and become common knowledge.
Alzheimer’s Disease is a dreadful disease that cannot be easily understood in its gravity and the complex, frustrating and far reaching consequences for the victims and their families. There are different stages of the disease as it progresses and patients can move through them at different paces and in varying intensity. My book does not attempt to be a complete representation or a manual of how to deal with the disease. The illness affects every patient differently and there are many stories to tell and many aspects to cover. I hope that I can bring some of those issues to the surface and help to make the gravity of the disease more prominent. I did, however, decide to stay firmly in fiction and family drama territory, and not to write a dramatized documentary on the subject.
I have witnessed several different approaches to handling the disease by both individuals and entire families, and I have learned that the people involved in every case needs to work out what is best for them.  In my book, a family work out their particular approach, which is right for them. They have different ideas about it and need to battle it out. These clashes fascinated me and I felt they were worth exploring.
Issues of caring at home, mobile care assistance or institutionalising patients are personal and, depending on where in the world you are, every family has very different options or limitations. The ending in my book must be seen in that context: as an individual ‘best’ solution that uniquely fits the Korhonen family.

As point of first reference and for a more comprehensive and scientific overview of information and help available I recommend: http://www.alzheimers.org.uk/ in the UK, and http://www.alz.org/ in the US.
There are support groups, helplines and many other sources available in most countries. These will be able to advise specifically for each  individual situation.

I can also recommend “Because We Care” by Fran Lewis. This fantastic book has a comprehensive appendix with more or less everything you need to know about the disease: Its stages, personal advice on caring, information, tools and help available in the US.
For consistency, I exclusively used material relating to a medium advanced stage of the disease. To protect the privacy and dignity of the patients that inspired the story I have altered all of the events and used both first and second hand experiences and anecdotes. Nothing in this book has actually happened in that way. Apart from some outer parallels between my characters and patients I witnessed, any similarities with real people, alive or dead, are coincidental and unintended.
*****
Airlines
The airline plot is not based on any real incident but is inspired by my own imagination. I used to work for an airline and so naturally, much of Hanna’s life is based on my own experience of 15 years flying. I lived with the awareness that every time a call bell goes off on a plane this could be a matter of life and death. What happens to Hanna in the book has never happened to me or anyone close to me. My flying life was not that extraordinary. Fortunately.
But every year airline crew are retrained in emergency procedures and aviation medicine, and at least during those intense yearly re-training sessions your mind cannot help considering the possibilities of such events.
The modern trend of the ‘suing- and compensation-culture’ and the extent of it in some cases worries me a little, which is why some of that concern found its way into the book.
The lifestyle of cabin crew and pilots is often falsely glorified as a glamorous string of free holidays and leisure. A recent crew strike in the UK has brought the profession into disrepute in the media, as fat cats and lazy bones. My book aims to shed a bit of light on the realities of flying. I enjoyed the life and would not want to miss the experience but it is a tough life that demands huge personal sacrifices and flexibility, sleep deprivation on a massive scale and exposure to aggressive and abusive behaviour by a consumerist clientele. In the global trend of cost cutting, salaries are going down and what used to be a career is at risk of becoming a minimum wage job handed to people who have no experience and who have no incentive to give it their all.
My book is a tribute to my former colleagues in the airline industry, who, in my opinion, are unsung heroes and a bunch of wonderful, hard-working and very caring people.
*****
Memory

What makes Alzheimer’s so terrible? What is it that makes a memory so important to one’s life that people compare its horrors to pain-inflicting diseases like cancer? You are alive and physically well, you eat and function as a human, but as an Alzheimer’s Disease patient you are bound to be suffering, frustrated, depressed and unhappy.
Of course it is ridiculous to compare the two diseases, but while a cancer patient has still their awareness and choices, the Alzheimer’s Disease sufferer is losing the core of their being, everything they ever were.
How can you define yourself if you cannot remember? You have had children, but you won’t recognise them. You won awards, had a successful career, made people happy, but you don’t know any of it. Who are you and what are you doing on the planet? Who are the people around you? As the disease progresses, these things become more intense and you can live in a mental prison of fear and disorientation. Your brain won’t do as you want it to. The fear of losing ‘it’ altogether, for some is impossible to bear. You are about to lose everything that was ever precious to you.
That thought is frightening to all of us. It can happen to all of us. The worst stage seems to be when patients still notice that something is wrong. We all know how annoying it is when we just put something down and don’t remember where. Imagine that happening to you all the time, every day, and you get an idea of how it might feel.  The carers see their loved ones slowly drift away into a stranger.
Biddy’s husband Walter in my novel becomes obsessed with preserving memories – his own and others. He begins to write a family chronicle as a constructive outlet for his fears. He is an important character with his musings about preserving knowledge, memories and facts and he allowed me to bring in thoughts about the disease on a different and more reflective level.
I hope that I have managed to write about more than just the clinical side of the disease. I stuck to the early stages of Alzheimer’s Disease in the story because it gave me the best opportunities to work these thoughts into the story. It allows me to look back at Biddy’s past but with still a lot of hope.