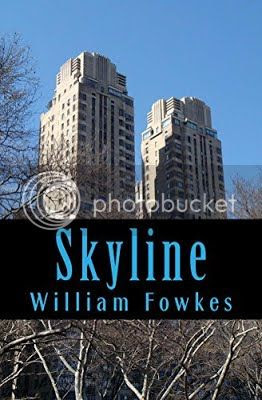 In SKYLINE: TALES OF MANHATTAN, award-winning playwright and author William Ivor Fowkes presents stories of New Yorkers—gay, straight, and confused—making startling connections and discoveries. On the West Side, a man approaching his 60th birthday tries a new haircut, with disastrous consequences. On the East Side, a Park Avenue Republican gets a taste of life on the "down low" in Central Park. In the East Village, a struggling writer papers his kitchen wall with rejection letters. In SoHo, a graphic designer takes drastic steps to get the attention of her editor. At MOMA, a woman physically attacks a man examining a sculpture she doesn't like. Downtown, a transplanted New Orleans cabaret singer deals with life and love in the aftermath of 9/11. There are 19 stories in all—enough to demonstrate that Manhattan's residents are just as striking as the city's celebrated skyline. 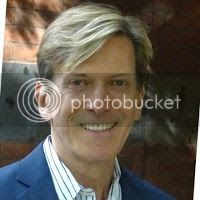 William Ivor Fowkes is a playwright and author based in Manhattan and Connecticut. His short fiction has been published in many literary journals. His plays have been presented in 20 states and the District of Columbia. Several have been published. Several have been broadcast on the radio. His full-length plays include ALL IN THE FACULTY (Dramatists Play Service), SUNSHINE QUEST (Fresh Fruit Festival), PRIVATE PROPERTY (The Players Ring), THE BEST PLACE WE’VE EVER LIVED (Love Creek Productions), COUPLE OF THE CENTURY (Downtown Urban Theater Festival), THE GERMAN LESSON (Great Plains Theatre Conference Playlabs), and others. His short plays include THE DAKOTA (Best Short Play, Downtown Urban Theater Festival), THE BRAZILIAN DILEMMA (First Prize, McLean Drama Company; film version by Collective NY Films), THE NEXT MOVE (Best New One-Act Play, Brevard Theater), THE SESSION (Pushcart Prize Nominee), TABLE MANNERS IN CHICAGOLAND (Winner, Nor’Eastern Play Writing Contest), AN ACCIDENT IN THE PARK (William Inge Theatre Festival), A REMARKABLE MAN (Gallery Players, Brooklyn), and others. He has been a FINALIST for the Reva Shiner Comedy Award (Bloomington Playwrights Project) and the W. Keith Hedrick Playwriting Contest (HRC Showcase Theatre) and a SEMI-FINALIST for the Playwrights First Award (National Arts Club), the Promising Playwright Award (Colonial Players, MD), and the Princess Grace Playwriting Award. He is a graduate of Yale University (B.A., magna cum laude) and Northwestern University (M.A., PhD) and a member of the Dramatists Guild and the Pulse Ensemble Theatre Playwrights’ Lab. He was formerly a philosophy professor and a marketing executive at several media companies, including Showtime and HBO. He is married to Stephen Michael Smith, a music conductor. His daughters, Laura and Julia, work in the fashion industry in New York City.