Did There Have to Be A Munich Conference?

With the ongoing tragedy now taking place in the Ukraine, the comparisons to the Sudeten Crisis of 1938 have been many. Russia has been cast as Hitler's Germany, bullying a neighbor to fulfill steep territorial ambitions, and the Ukraine as Czechoslovakia, looking for Western backbone to help stave off the oppressor. The events of 1938 are where the term appeasement entered the political lexicon and the word has been getting ample play in the media during the last year.


While these comparisons are apt, there are some very real differences between the two crises. First, Czechoslovakia was a bona fide military power in Central Europe with an extremely well equipped and well-trained army, strong defenses along the frontier with Germany, and mountains ringing the border that favored the defender. Second, the Czechoslovaks had a mutual defense treaty with France, plus a side agreement with the Soviet Union where the Russians agreed to come to Czechoslovakia's aid once the French exercised her treaty responsibilities. The Ukraine has none of these assets.


When France, Great Britain and Italy signed away Western Bohemia to Germany at the Munich Conference on September 30, 1938 they did so without the participation or consent of the Czechoslovak government. It was a monumental betrayal on Paris and London's part of a steadfast ally. Czechoslovakia was left with a choice: accede to the diktat presented to her, or fight. She chose the former out of fear a conflict would destroy the nation if she fought alone. But what history and even pundits today fail to acknowledge, is the Czechoslovaks had the means to fight. What's more, if Nazi propaganda from the era, which still casts a persuasive shadow 77 years later is put aside, the facts on the ground suggest it is not certain Germany could have won the war Hitler so much wanted to wage. It's difficult to win a conflict with an extreme shortage of ammunition, for example.


It is feasible that war between Germany and Czechoslovakia could have broken out before British Prime Minister Neville Chamberlain had the opportunity for one last overture for negotiation with Adolph Hitler. Chamberlain's cabinet was in revolt after the German chancellor made extreme demands at the Godesberg summit, and had independently notified the Czechs that there was no longer any reason to advise against full mobilization of their army. The Soviets were readying hundreds of modern military aircraft to fly from Czechoslovak airfields. Lastly, pressure was mounting on the government of French premier Édouard Daladier to dig in and support their treaty partner. In Prague, there were huge demonstrations calling for defense of the republic and the military had mobilized 1,250,000 men in less than 48 hours.


In hindsight there was no more advantageous time to stand up to Hitler. So why was Chamberlain so averse to standing up to an aggressor? At the time, all he could see was his nation's complete lack of modern air power or armored ground vehicles to equip men if mobilization was called. The Royal Navy was available to blockade German commerce and bottle up the small but growing German navy, but there was little to nothing to offer the French on the ground if France went to war. Similarly, Daladier was convinced that France could not prosecute a meaningful      victory against Germany without British support. The more Chamberlain ran away from the problem, the more Daladier vacillated. Under the circumstances, both leaders believed assessments concluding Germany possessed significant ground and air superiority despite many of those assessments being influenced by German propaganda. They further ignored accurate intelligence that the German armed forces suffered critical deficiencies in equipment, supplies and logistics. And both leaders concluded Stalin was bluffing regarding treaty obligations to aid Czechoslovakia despite intelligence that Soviets were massing military aircraft in the east. France and Great Britain has their own significant deficiencies to be sure, yet the truth is Germany did not have the military strength to withstand a war with France, Czechoslovakia and the Soviet Union.


The policy of appeasement was born in fear. In May of 1938, Czechoslovak Military Intelligence, which had an extensive network of operatives inside Germany, reported that Hitler was moving army divisions into place for a surprise invasion. Daladier and Chamberlain responded as they should by standing firm with Czechoslovak president Edvard Beneš. Czechoslovak army units rushed to the border in Bohemia as French and British diplomats made it clear to Berlin that mobilization orders were at the ready. Hitler was enraged at the show of fortitude but there was no war. History calls this event the May Crisis or the May Surprise depending on which side does the telling. What is clear though is having stood up to Berlin with positive results, France and London became fearful that they had come too close to a war they were not ready to fight and determined that they should not come so close again over 3.5 million Germans in Western Czechoslovakia. Regardless of treaty obligations, a calculation was made regarding what was worth fighting for, what was not worth fighting for, and the best opportunity to stop Hitler was cast aside.


What would be the calculation today should Russia decide to imperil Estonia? The Baltic nation is a NATO member with a population that is 25% Russian. Regardless of treaty obligations would London, Paris, Rome or Washington want to go to war with Moscow over a small country with 1.3 million people? We would like to think the answer is yes yet politicians often conclude doing the right thing is not worth the cost.


Perceived weakness is what led to the Munich Conference. Abandoned by her principal ally, perceived weakness is what led the Czechoslovak government to surrender without a fight. In the end, the Munich Conference was not intended to buy peace, but to buy time. It was a shortsighted bargain that did not consider the consequences of Germany absorbing first-class Czechoslovak weapons of war and the industrial capacity to produce them. So bolstered, the German army was a much more capable foe in 1939 during the invasion of Poland, and the Battle of France in 1940. 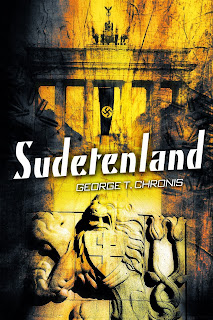