Christianity War against Muslim/Ottoman Empire in the Middle Ages 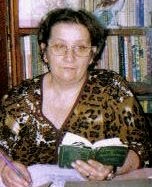 
The  21st century may be considered as the century of speed and electronics and, at the same time, of  great social unrest and wars. With advancements in technology, war is increasingly wreaking chaos and destruction upon the lives of combatants and non-combatants in many areas on the globe. I reside in Romania, an European country bordering in the east Ukraine. You know what I mean, don’t you?


I’m not a historian or an analyst of any kind. I am just a reader and, lately, author who lived to see the transition from a social system to another. In 1989 Ceausescu’s dictatorship was removed as well as the Iron Curtain separating us from Western countries and culture.
I’ve often asked myself what is the foundation of war – greed, necessity? What are the basic causes of armed conflicts in the history of humankind?  Is war a state of things characterizing only modern homo sapiens? Is there something in the human  genes that triggers a belligerent attitude in people, an innate genetic characteristic of human beings or is it a social construct? In my humble opinion, the primary causes leading to wars seem to be human nature, economic factors, politics and culture, as well as socio –psychological needs.
It seems that the first war that was recorded by history occurred way back in 2700 BCE, in Mesopotamia, though warfare began even earlier, around 3500 BCE.
Some historians claim that quite often wars are triggered by adversity between different religious believers: Protestants versus Catholics, Christians versus Muslims, Arabs versus Jews. Violent conflicts along religious lines are frequently conflated with ethnic elements. Is then religion the cause of many wars? Is religious faith enough motivation to start war against other peoples?  I don’t think so.
The wars of the ancient world were rarely, if ever, based on religion. They were for territorial conquest, to control borders, or respond to an internal challenge to political authority.  Religion may be a powerful motivator, and thus often invoked in wartime, but the real reasons most wars have been fought along history have nothing to do with it. Instead, they have to do with political control–allowing certain political leaders to gain or remain in power. While my paranormal romance Shadows of the Past is focused more on romance and paranormal side of things, Dracula’s Mistress, my paranormal historical  novel that is still in the edits stage with the assigned editor, has a higher highlight on history. It deals with events in Middle Ages Walachia that was led at that time by prince Vlad Tepes or Vlad the Impaler. It is an era when Christians fought against Muslims,  that is against the Ottoman Empire. But was the war religious? Not at all. The Ottoman Empire was a major threat to the hegemony of Christian Europe from the fourteenth to the seventeenth centuries. While there were some regrettable incidents that occurred during these wars, this conflict was in essence a response to hundreds of years of Muslim aggression. In Walachia, Christian boys were simply collected from the streets, taken for military service as Janissaries, later fighting against their own kin. Girls from Walachia were kidnapped to become "wives " in the Sultan’s harem.
Nevertheless, under Ottoman rule, non-Muslim subjects were allowed to practice their religion - especially Orthodox and Jews -  subject to certain conditions, and to enjoy a measure of communal autonomy. Walachians were guaranteed the security of property in return for paying tribute to the Ottomans. Orthodox Christians, that is Walachians – present-day Romanians - were the largest non-Muslim group. All  the sultan was interested in were Walachia’s resources; its gold and people that were used as soldiers or slaves. As long as they acknowledged Muslim supremacy they could keep their faith and churches.
So, in  my opinion, the root of most wars have to do with gaining political control of resources (land, money, food supplies, transportation and trade routes) or they have to do with a particular leader’s ambitions (being remembered as a great man, like  sultan Mehmed II El-Fatih the Conqueror who was Vlad’s opponent). But most often, leaders, trying to gain their people’s support, dress wars up with national pride or religion intolerance.
About Carmen Stefanescu and where to find her

Carmen Stefanescu was born and currently resides in Romania, an eastern European country. This is the native country of the infamous vampire Count Dracula; where there was 50 years of communist dictatorship. A country whereas, just speaking about God, faith, reincarnation or paranormal phenomena could have led someone to great trouble – the psychiatric hospital if not to prison! English and German teacher in my native country, and mother of two daughters, she survived the grim years of oppression, by escaping in a parallel world, that of the books. Reading them at that time. Later writing them.
She has dreamed all her life to become a writer, but many of the things she wrote during those years remained just drawer projects. The fall of the Ceausescu’s regime in 1989 and the opening of the country to the world, the Internet especially, meant a new beginning for her. She started publishing.
Since 2001, Midnight Edition Publication has published her poems in the collection Muse Whispers vol.1 and Muse Whispers vol.2. The readers’ interest for her ballad, about the love between a young priest and a nun, published in 2004 by Midnight Edition, inspired her to write her first novel “Shadows of the Past.”
Pinterest
Facebook
Goodreads
Reviews
Google+
Author Page on AMAZON